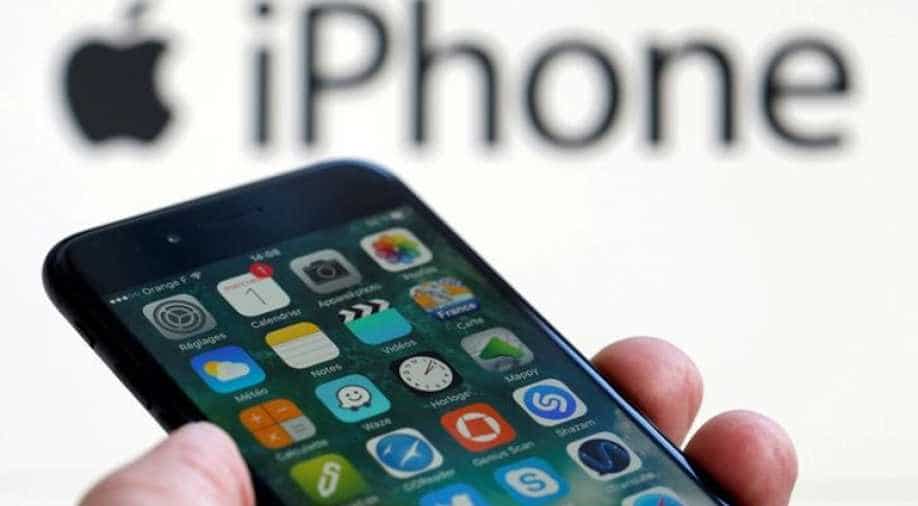 Apple Inc reported a surprise fall in iPhone sales for its second quarter on Tuesday||Shares went down 1.9 per cent at $144.65 in after-hours trading||Analysts on average had estimated iPhone sales of 52.27 million, but Apple sold 50.76 million

Apple Inc reported a surprise fall in iPhone sales for its second quarter on Tuesday, indicating that customers may have held back purchases in anticipation of the 10th-anniversary edition of the company's most important product later this year.

Under pressure from shareholders to hand over more of its $250 billion-plus hoard of cash and investments, Apple boosted its capital return programme by $50 billion, increased its share repurchase authorisation by $35 billion and raised its quarterly dividend by 10.5 per cent.

Investors were unmoved, sending shares of the world's most valuable listed company down 1.9 per cent at $144.65 in after-hours trading.

Analysts on average had estimated iPhone sales of 52.27 million, according to financial data and analytics firm FactSet.

Apple Chief Financial Officer Luca Maestri argued the decline was not as bad as it looked, given the peculiarities of how phone sales are calculated.

The company reports what are called "sell-in" figures for the iPhone, a measure of how many units it sells to retailers, rather than "sell-through" figures, which measure how many phones are actually sold to consumers.

Maestri said the company reduced the volume of inventory going through its retail channel by about 1.2 million units in the quarter, meaning the company sold about 52 million phones to customers on a sell-through basis.

Despite the dip in unit sales, iPhone revenues rose 1.2 per cent in the quarter, helped by a higher average selling price.

Expectations are building ahead of Apple's 10th-anniversary iPhone range this fall, with investors hoping that the launch would help bolster sales.

A big jump in sales usually follows in the holiday quarter, before demand tapers over the next few quarters as customers hold back ahead of the next launch.

"There is a general softening in phone demand to contend with as well as expectations of a big upgrade, all of which softens the blow of this quarter's miss," said James McQuivey, a Forrester Research analyst. "If we see Apple downplaying expectations before the next upgrade cycle, it might mean that the company isn't confident it will beat those expectations."

The company forecast total revenue of between $43.5 billion and $45.5 billion for the current quarter, while analysts on average were expecting $45.60 billion, according to Thomson Reuters.

Analysts on average expect the company to sell 42.31 million iPhones in the current quarter, according to FactSet.

Analysts on average had expected $2.02 per share, according to Thomson Reuters.

A 17.5 per cent jump in the company's services business - which includes the App Store, Apple Music, Apple Pay and iCloud - to $7.04 billion, boosted revenue.

"We are particularly encouraged by the fact that service revenue is nowhere near as cyclical as product revenue," Neil Saunders, Managing Director of GlobalData Retail, wrote in a note to clients.

Apple's revenue from the Greater China region fell 14.1 per cent to $10.73 billion in the quarter, as cheaper rivals in the region chipped away at sales.

Maestri said that sales of Macs and the company's services were strong in China during the March quarter. “The performance we’re seeing in China should get better going forward this year,” he said.

“NAND and DRAM (memory chips) are under pressure right now in terms of some price pressure. We saw that in the March quarter and expect that to continue into the June quarter, but for all the other commodities, we see prices declining,” Maestri said.