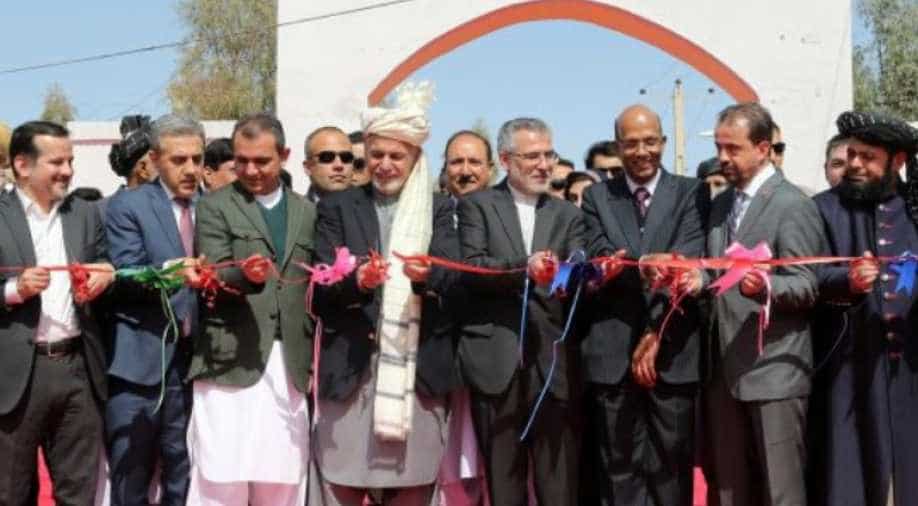 Afghanistan on Sunday got officially connected with India via the Chabahar port in Iran, a port in which India's has invested heavily. Afghan President Ashraf Ghani was in the city of Zaranj in the western province of Nimroz and along with Indian Ambassador Vinay Kumar led a ceremony in which Afghan goods were sent to Chabahar to be shipped to India. Also present during occasion were ambassadors of Iran, Turkey and diplomats of Indonesia and Kazakhstan.

Speaking at the flagging off ceremony, Afghan President said, "Afghanistan is no more a landlocked country", according to Afghan news agency Tolo news.

He announced that an elite unit from Afghanistan's National Directorate of Security(NDS) which is the Afghan intelligence agency will be deployed to protect the route that leads to Chabahar from Nimruz to ensure the safe flow of goods while meeting provincial council members in the province.

He also said that the people of Nimruz play a substantial role in guaranteeing export and import of goods from Afghanistan to Chabahar and beyond.

Speaking from Nimroz Indian envoy Vinay Kumar told WION that it was "a landmark event to provide access for the Afghan exporters to the large Indian market to build on the success of air corridor which has already helped increase Afghan exports to India by more than forty per cent."

Afghanistan has a huge trade surplus with India, the only such surplus for Afghans with any country. Bilateral trade between India and Afghanistan has seen a quantum jump of over 40% in 2018-19, crossing US dollar 1 billion. Afghan exports to India stood at US dollars 740 million last year.

The development comes days before Iran will organise Chabahar day. It will take place on 26th February and will be a business event to attract investment for the port. Secretary of the Shipping ministry of India will lead the Indian delegation with industry chamber CII taking a strong business delegation of 30 Indian companies.

The Chabahar project is a major connectivity program which will help India connect not only with landlocked Afghanistan but also central Asia. The project is also part of the international north-south corridor that will connect Mumbai to Moscow via Iran and Azerbaijan.

India has already established shipping links with the port with Indian ships going there every 2 weeks from 3 Indian ports--Mumbai, Kandla and Mundra. Commercial operations at the port began on 30th December 2018 with India formally taking over operations of a part of the Shahid Beheshti Port on 24th December 2018.