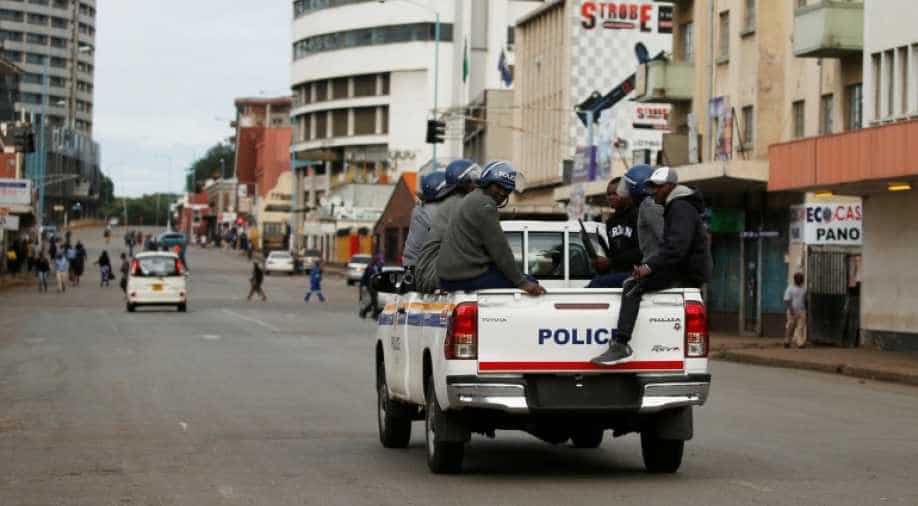 Moyo appeared on a video clip posted on the ZCTU's Twitter account last week urging workers to stay away from their jobs in protest at the more than doubling of fuel prices.

A Zimbabwean union leader who backed a nationwide strike last week over fuel-price hikes was arrested in Harare on Monday, a lawyers' group said, in a mounting crackdown by authorities.

Moyo appeared on a video clip posted on the ZCTU's Twitter account last week urging workers to stay away from their jobs in protest at the more than doubling of fuel prices.

He is the latest of a high-profile activist arrested after the strike turned into nationwide protests with some rioting and looting.

He is in custody on charges of subverting the government and inciting violence, apparently after backing the national strike on social media.

The main opposition Movement for Democratic Change (MDC) party said five of its lawmakers have been arrested so far.

A member of parliament Rusty Markham "has been arrested this morning," MDC spokesman Nkululeko Sibanda, told AFP, adding "there are several unaccounted for leaders and MPs".

President Emmerson Mnangagwa was on his way back home after cutting short a foreign tour on Sunday saying he wanted his country "calm, stable and working again" as criticism grew over a brutal crackdown in response to protests.

At least 12 people were killed and 78 treated for gunshot injuries over the last week, according to the Zimbabwe Human Rights NGO Forum, which recorded more than 240 incidents of assault and torture.