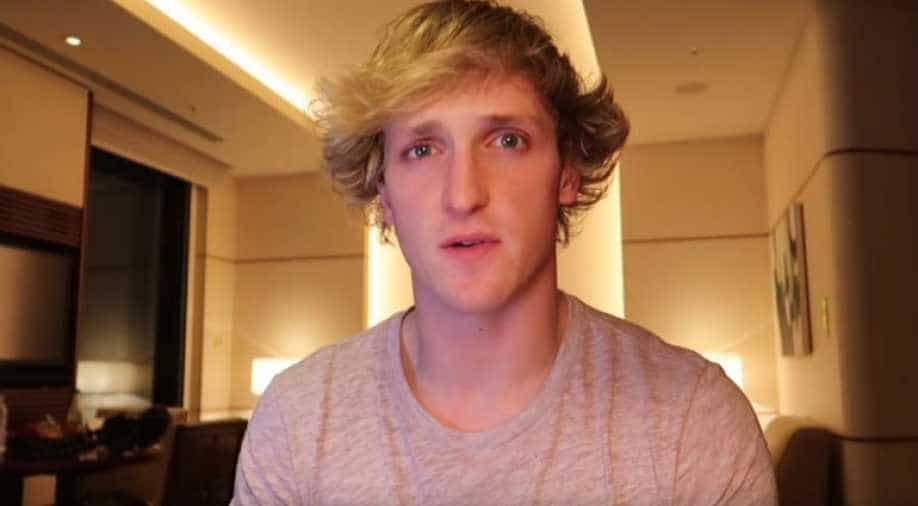 Paul apologised for laughing with friends about the body they filmed hanging on a tree in Japan`s "suicide forest". Photograph:( Others )

American YouTube star Logan Paul on Tuesday apologised for posting a video of a suicide victim in Japan, saying he had made a "huge mistake" and was ashamed of himself.

Paul, 22, whose almost daily video blogs on YouTube have over 15 million followers, apologised for laughing with friends about the body they filmed hanging on a tree in Japan`s so-called "suicide forest" and posted  to the video-sharing channel.

Logan deleted the video on Monday after it caused a social media backlash.

"I`ve made a severe and continuous lapse in my judgment and I don`t expect to be forgiven. I`m simply here to apologise," Paul said in a YouTube video called "So Sorry."

He said the shots of he and his friends laughing nervously after the discovery of the body were "raw and unfiltered" reactions and that the video should never have been posted or even filmed.

"I`ve made a huge mistake. I don`t expect to be forgiven... I`m ashamed of myself. I am disappointed," he added.

Logan shot the video on a visit to Japan`s Aokigahara forest on the slopes of Mount Fuji, that is known for its high number of suicides. He promoted it on his Twitter account at the weekend as "the craziest and most real video I`ve ever uploaded."

Reaction was swift with critics calling the video disgusting and tasteless.

"Paul believes he`s `making YouTube history` by vlogging the body of a young person who died by suicide... You`re not Neil Armstrong bro, it`s simply a thing no one else has been tacky enough to do outside rotten. com circa 2000," tweeted Caitlin Doughty, a Los Angeles mortician and author of "From Here to Eternity."

Former "Breaking Bad" star Aaron Paul said suicide was no joke. "You disgust me. I can`t believe that so many young people look up to you," the actor tweeted to Paul, who he is not related to. "Hopefully this latest video woke them up. You are pure trash. Plain and simple. Suicide is not a joke. Go rot in hell."