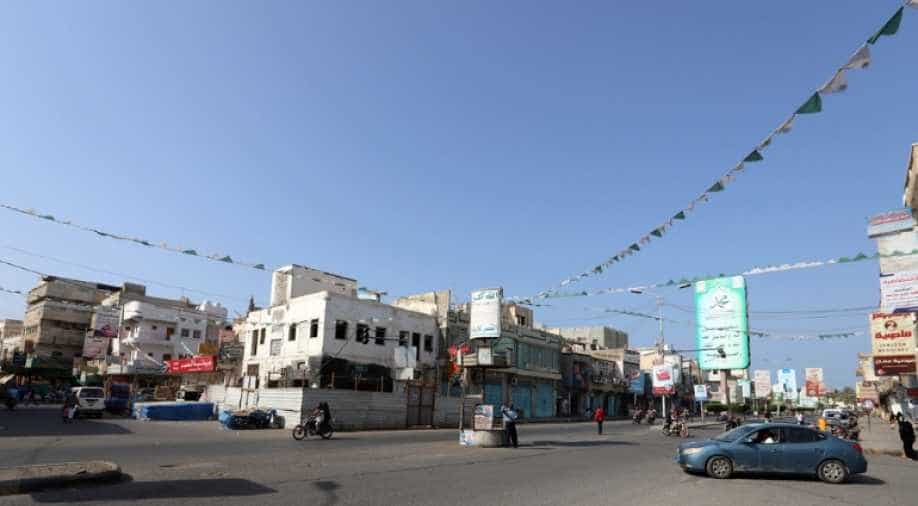 A view of a street in the Red Sea city of Hodeidah, Yemen. Photograph:( Reuters )

The official, who requested anonymity, said the Huthi rebels began to pull back from the Red Sea port at midnight (2100 GMT Friday).

Yemeni rebels have begun to withdraw from the port of Hodeida, the country's key aid lifeline, under an agreement reached in Sweden earlier this month, a UN official said Saturday.

The official, who requested anonymity, said the Huthi rebels began to pull back from the Red Sea port at midnight (2100 GMT Friday).

The Huthis began "the first phase of redeployment from the Hodeida port", a rebel official told the Huthi-run Saba news agency.

The rebels held a ceremony to mark the occasion, an AFP correspondent reported.

The rebel withdrawal from the port, which is the point of entry for food aid to some 14 million Yemenis UN agencies say are on the brink of famine, is a key part of a ceasefire that went into effect on December 18.

Pro-government forces are also supposed to pull back from parts of the city they recaptured in an offensive they launched with the backing of a Saudi-led coalition on June 13.

The UN Security Council last week unanimously approved a resolution authorising the deployment of observers to oversee the truce.

Retired Dutch general Patrick Cammaert is heading a joint truce monitoring committee, which includes both government and rebel representatives, and chaired its first meeting this week.

The UN-led panel addressed "the first phase of the implementation of the Stockholm agreement... based on ceasefire, confidence building measures to deliver humanitarian assistance and redeployment", a UN statement said.

It added that the panel would convene again on January 1 to discuss "detailed plans for full redeployment".

The truce has remained shaky, with the two sides accusing each other of violations.

The resident added that coalition jets were heard overhead on Saturday morning.

The war between the Shiite Huthi rebels and troops loyal to President Abedrabbo Mansour Hadi escalated in March 2015, when he fled into Saudi exile and the Saudi-led coalition intervened.

Since then, the war has killed some 10,000 people, according to the World Health Organization, although human rights groups say the real death toll could be five times as high.