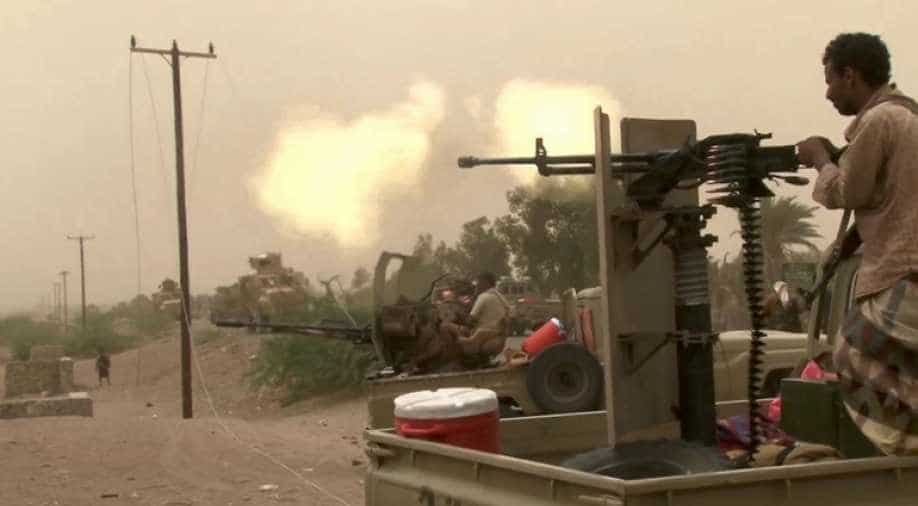 Nearly four years into a war, the Saudi-backed government of Abed Rabbo Mansour Hadi and Huthi rebels are in the rural town of Rimbo, Sweden for negotiations talks.

Yemen's government would not rule out an offensive on the key port of Hodeida if rebels refuse to withdraw, sparking an immediate rebuff by the Huthi insurgents as the warring sides met for UN-brokered talks on Friday.

Nearly four years into a war that has pushed 14 million Yemenis to the brink of mass starvation, the Saudi-backed government of Abed Rabbo Mansour Hadi and Huthi rebels, linked to Riyadh's archrival Iran, are in the rural town of Rimbo, Sweden for what UN officials expect will be a week of negotiations.

Government representatives, rebel spokesmen and UN Yemen envoy Martin Griffiths have all said the talks are not aimed at finding a political solution to the conflict. Both Yemeni parties have threatened to leave the talks if certain demands are not met.

Among the issues under discussion are potential humanitarian corridors, a prisoner swap, the reopening of the defunct Sanaa international airport, and Hodeida, the rebel-held city at the heart of an ongoing government offensive.

The government has held firm to its demand that the Huthis evacuate the western governorate of Hodeida, home to a Red Sea port that is the entry point for 90 per cent of food imports to impoverished Yemen, and hand the area over to security forces.

The rebels, however, refused that demand Friday, saying it was "not on the table".

The Sweden talks mark the first meeting between the two sides in two years. The last round of talks, in 2016, broke down after three months.

While the days leading up to the gathering saw the government and rebels agreeing on a prisoner swap deal and the evacuation of wounded insurgents, both parties have publicly traded threats and accusations in Sweden.

The two sides have not yet met face-to-face.

The government, which accuses the Huthis of arms smuggling from Iran through Hodeida and Sanaa airport, was not open to negotiations on control of the port, a member of the delegation said Friday.

"We are now in negotiations in response to calls by the international community, the UN and the UN envoy. We are still looking into means towards peace," said Agriculture Minister Othman al-Mujalli.

"But if they (the rebels) are not responsive, we have many options, including that of military decisiveness," he told reporters in response to a question on the rebel-held city. "And we are ready."

Mujalli said the UN could play a "supervisory" role, but he rejected the idea of placing management of the port in the hands of a third party.

The Hodeida battle, launched in June, has sparked fears for more than 150,000 civilians trapped in the city.

UN Yemen envoy Martin Griffiths, who has pushed for months for the Yemen talks, urged both parties to spare Hodeida, "a humanitarian pipeline to the rest of the country".

A prisoner swap has been agreed between the two sides, to be overseen by the International Committee of the Red Cross after the talks.

The two parties are also looking at the potential reopening of Sanaa airport, located in the rebel-held capital and largely shut down for three years, sources in both delegations said.

The government is demanding planes be searched in Aden or Sayoun, two government-held areas, en route to or from rebel-held Sanaa -- a proposal the rebels immediately rejected.

Jabari also floated the idea that the airport could serve as a hub for domestic flights.

Saudi Arabia and its allies joined the Yemeni government's fight against the rebels in 2015, triggering what the UN calls the world's worst humanitarian crisis.

At least 10,000 people have since been killed, according to the World Health Organisation, as children are bombed on buses, recruited as child soldiers and die of hunger.

Other rights groups estimate the death toll could be five times higher.