Who is bankrolling the Gaza conflict? 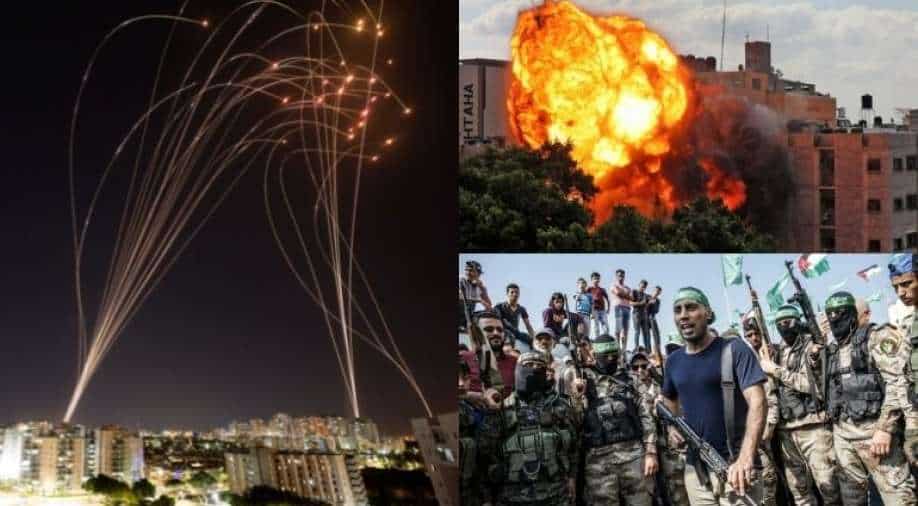 Qatar is the most important financial backer and ally of Hamas

Israel is not setting a timeframe for an end to hostilities with Gaza as its military pounded the Palestinian enclave with airstrikes and Hamas militants unleashed new cross-border rocket attacks.

Qatar is the most important financial backer and ally of Hamas. So far, the emirate has transferred $1.8 billion to Hamas.

A $15 million Qatari cash infusion has been paid out to impoverished Palestinian civil servants in the Gaza Strip every month since 2018. However, it cannot be verified that the funds were utilised for this purpose.

Qatar’s official news agency said the donated money would benefit 27,000 civil servants out of over 40,000 public servants hired by Hamas since 2007. The rest would be paid through local revenues, it said.

State-sponsored terrorism is a trademark policy of Qatar. Several Muslim nations had cut diplomatic ties with it in 2017 and imposed a trade blockade. However, this was lifted earlier this year.

The foreign ministry said Sheikh Mohammed stressed the need for the international community to act urgently to stop the repeated brutal Israeli attacks against civilians in Gaza.

Israel had previously agreed to the gas-rich Gulf Arab state donating materials for civilian construction projects or fuel, worried that more fungible cash donations could reach Hamas, against which it has fought three wars in a decade.

Branded as a terrorist group in the West, Hamas has been under years of embargo by Israel and neighbouring Egypt. Hamas leaders said in the past they had received funds from other countries including Iran and Turkey.

Erdogan, a vocal defender of the Palestinians, has criticised Israel for conducting airstrikes on Gaza and called it a "terror state" after Israeli police fired rubber bullets at rock-throwing Palestinians in Jerusalem.

Last year, he hosted the military chief of Hamas, who has a $5 million dollar bounty on his head by Turkish ally NATO.

A vast majority of the funding received by Hamas is humanitarian aid intended for the people of Gaza. However, it rarely reaches them.

Hamas spends 55 per cent of its budget on the military and merely 5 per cent is allocated for rehabilitating its people.

It collects $27 million dollars in taxes but most of it is used to pay their fighters and workers.

Hamas prides itself as a militant group. It smuggles Iranian rockets through Egypt and Sudan.

It sources the materials and technology from Hezbollah in Lebanon.

Hamas has around 10,000 rockets in their arsenal. They are mostly short-range missiles worth $800 apiece.

The Israeli government has installed the system in cities as a ground-based installation used to shoot down short-range missiles. Reports say each battery of the dome costs approximately $100 million, with missiles costing $50,000.

The current exchange of fire has been the most intensive between Israel and Hamas since a 2014 war in Gaza, and has prompted international concern that the situation could spiral out of control.

Gaza has a population of approximately two million and the poverty rate is 56 per cent. 50 per cent of the its population is unemployed.

It lacks basic infrastructure such as schools and has only 11 big hospitals for the entire population.

Almost 85 per cent of all schools in Gaza run double shifts and work without electricity.

Gaza is the perfect example of a poor land with rich rulers. Hamas is the third richest terror group in the world.

Saving the people of Gaza is not beyond Hamas. But that would mean shelving their military ambitions.

A victory against Israel is not in the hands of Hamas. But giving their people a better life is.