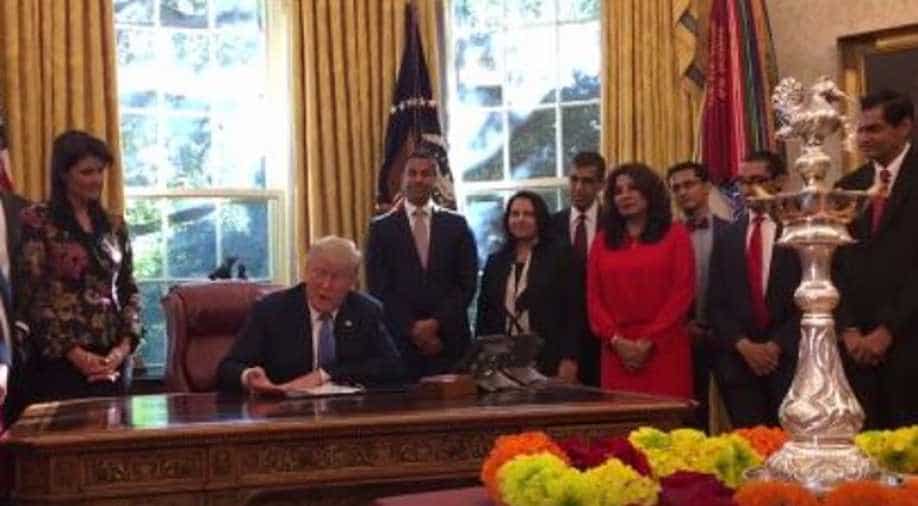 Trump reaffirmed 'that Indian-Americans and Hindu-Americans are truly cherished, treasured and beloved members of our great American FAMILY.' Photograph:( Facebook )

US President Donald Trump lit a diya in the Oval Office surrounded by members of the Indian American community.

He remembered "the People of India, the home of the Hindu faith, who have built the world’s largest democracy."

He reaffirmed "that Indian-Americans and Hindu-Americans are truly cherished, treasured and beloved members of our great American FAMILY."

And he said that he "greatly" valued "my very strong relationship with Prime Minister Modi."

America's ambassador to the UN Nikki Haley was also present at the celebrations.

Trump posted a video of the lighting of the diya on Facebook, saying:

"Our Indian-American neighbors and friends have made incredible contributions to our country – and to the world. You have made extraordinary contributions to art, science, medicine, business and education. America is especially thankful for its many Indian-American citizens who serve BRAVELY in our armed forces and as first responders in communities throughout our great land."