Watch | Historic building moved to its new home on wheels in Shanghai, China 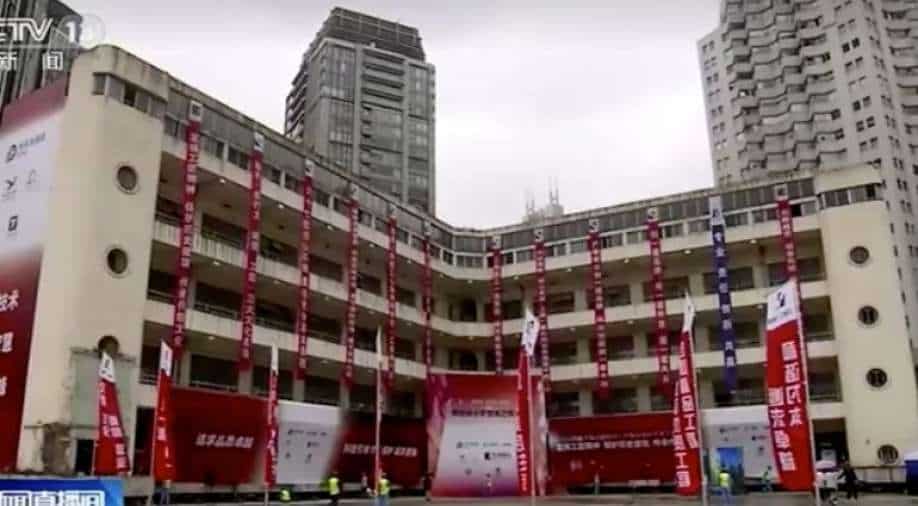 China literally moved a building. No, this is not hyperbole

China literally moved a building. No, this is not hyperbole.

According to state broadcaster CCTV, China recently picked up, and drove a 7,600 ton-historic building in Shanghai to a new location.

The technicians “walked” the building for 61.7 metres (202.4 feet) for which specially fitted robotic legs were used.

The building in question was originally named Lagena Primary School, and was constructed in 1935. According to Reuters, the building was later repurposed as a middle school until 2018.

Technicians did not want to harm, or destroy the historic building. So what did they do? Made it stroll across town, quite literally.

In a bid to avoid damaging the building, technicians from a construction company fitted the building with 198 robotic devices that look like its legs.

Owing to construction nearby, the building had to be demolished. Luckily for the building, it was moved to a new location on wheels. The robotic legs underneath the building were fitted with wheels to allow easy movement.

Also read: US election 2020: Who does China really want to win the presidential race?

The building is five-storey high, and is currently stationed at its new destination, where it reached on October 15.

According to China’s CCTV, the building is currently undergoing renovations for historic preservations at its new location.