Waiting for the storm: The troubled water of US-Mexico bilateral relationship 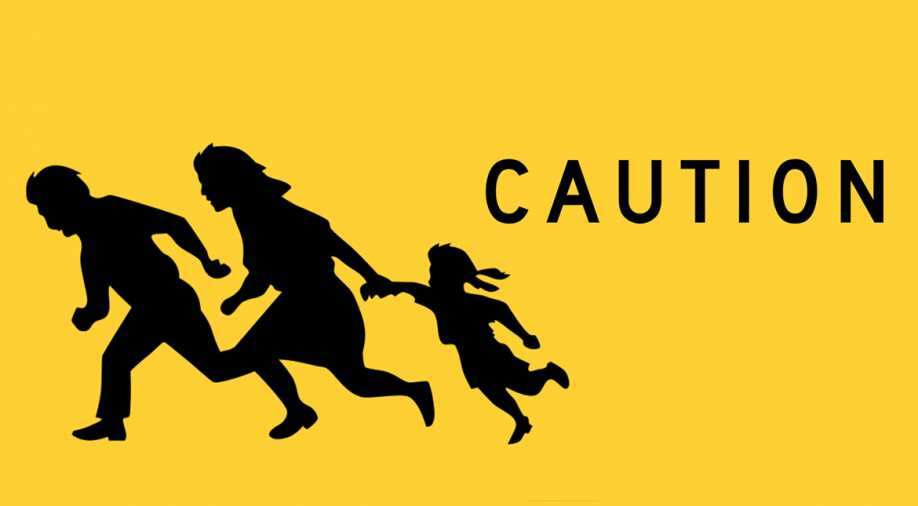 California Department of Transportation's warning signal for immigrants potentially entering and crossing the San Diego freeway from Mexico Photograph:( Others )

Mexico and the United States share a border of 3,185 kilometers. The 12 million Mexicans in the US make up the largest foreign minority in the country, and account for 10 per cent of Mexico´s total population.

The country north of the border is Mexico´s largest commercial partner; the country south of the border is the American Union´s second largest. 30 per cent of direct foreign investment in Mexico comes from the USA. Oil, tourism, manufacture and remittances, including money flowing from the criminal economy, constitute Mexico´s fundamental incomes.

Economic geography clearly shows an increasing integration of Mexico's northern and central regions with the southern states of the US.

The border is crossed daily by Mexican and Latin American migrants, commodities of all sorts, residents of both countries going shopping, seeking for fun or employment, arms and drugs

All this amounts to a highly complex bilateral relationship, for which the recent major adjustments announced by Donald Trump spell drastic alterations.

169 years ago, Mexico and the United States signed the Treaty of Guadalupe Hidalgo following the war caused by the annexation of Texas by the northern neighbour. Mexico, a scarcely populated, poorly integrated, financially insolvent country with confronted elites and a barely professional armed force, posed a weak, and at times heroic, resistance to the invasion led by the United States.

Following the bombing of the port of Veracruz, six months were enough for General Winfield Scott´s troops to take possession of Mexico City, on September 1847. Following capitulation, Mexico was forced to give up over half its national territory and the border was moved south of the Río Bravo. The annexation was disguised as a legitimate purchase with the exchange of 15 million dollars.

Overwhelmed by civil war, liberal president Benito Juárez signed the Maclane-Ocampo Treaty in 1859, by virtue of which the United States was given permanent right of transit from Mexico´s northern border to the Isthmus of Tehuantepec, a strategic route that united both oceans and predated the Panama Canal by half a century.

The treaty also fixed a preferential tax rate on commodities coming from the US, and reserved that country the right to intervene militarily in Mexico if it considered its interests to be under threat. In exchange, the Juárez government would receive 4 million dollars and the recognition of the US, both vital for the procurement of arms in its war against the conservatives. Fortunately, the Civil War prevented the US senate from ratifying this treaty, which would have only favoured the cause of the Confederacy.

Mexico did not always deal with the US from such disadvantageous positions. Porfirio Díaz, who came to power following an uprising in 1877, secured recognition from the US without major concessions following a year-long diplomatic negotiation. During his administration, US investment in industry, transportation, public works, infrastructure and land in Mexico, was abundant. Towards the end of his dictatorship, having realised the need to counter US influence in Mexico, Díaz also sought to attract Japanese and German investments, a move that would contribute to his downfall.

The US government intervened directly in the events of the Mexican Revolution. It forced the resignation of president Francisco I. Madero, following the coup led by general Victoriano Huerta in February 1913. In 1914, and following the investment of president Woodrow Wilson, US armed forces landed in Veracruz, arguing the need to seize a shipment of arms destined for the weakened federal army in its fight against revolutionary forces. The two-day siege of the port was followed by seven months of US occupation.

In 1915, the US de facto recognised the government of Venustiano Carranza, who signed the Constitution of 1917 and established state ownership of oil and mineral underground reserves. Looking to revert this disposition, which affected the interests of foreign oil companies, in 1923 the US government conditioned its recognition of Alvaro Obregón´s presidency to the signing of the Treaty of Bucareli, which annulled the chapter related to oil in the Constitution. In 1926, president Plutarco Elías Calles would revert the agreement. In 1938, seizing on the imminence of war in Europe and the solid popular support in Mexico, general Lázaro Cárdenas nationalised the oil industry.

WWII allowed for the signing of agreements on migrant mobility, following the widespread recruitment of young men in the US, and enabling Mexican farmers from the “Golden Triangle" to provide drugs to US troops for medical (and recreational) use

The Second World War eased the bilateral relationship. This allowed for the signing of agreements on migrant mobility, following the widespread recruitment of young men in the US, and enabling farmers from the “Golden Triangle”—a remote and mountainous region situated between the states of Sinaloa and Durango—to provide drugs to US troops for medical (and recreational) use.

In the following years, Mexico developed a sagacious foreign policy that incorporated new elements to the diplomatic chessboard and allowed it to be more at ease when dealing with its powerful neighbour. Evidence of this are, the Mexican government´s links with Castrismo in Cuba and its moderate stance regarding the war in Central America.

In spite of this new scenario, Mexico would voluntarily join Richard Nixon´s “Operación Cóndor” in 1974, a strategy developed to focus the fight against drug trafficking in the countries producing narcotics and, in passing, eradicate domestic subversive activities.

It was precisely the drug problem that would contribute once again to strained bilateral relationship, especially after 1985, the year in which Mexican police agents in the service of a drug cartel participated in the kidnapping, torture and assassination of DEA agent Enrique Kiki Camarena. Thereafter, the issue of drug trafficking would play an increasingly important role in the bilateral agenda.

The administration of Felipe Calderón after 2006 have all acted in detriment of the autonomy of Mexican foreign policy which, in turn, has increasingly been defined by its alignment with the US

Since the mid-1980s, and increasingly during the following decade, ruling elites in Mexico have turned away from the protectionist policies of the past to embrace the promises of liberalisation. The North American Free Trade Agreement (NAFTA), established on January 1, 1994, has transformed the Mexican economy into one of the most open and liberalised economies in the world.

The growth of economic integration, the dependence on remittances from migrants, and the deranged war on drugs undertaken by the neocon administration of Felipe Calderón after 2006 have all acted in detriment of the autonomy of Mexican foreign policy which, in turn, has increasingly been defined by its alignment with the US.

Today, with an inept, unpopular and corrupt government—Enrique Peña Nieto boasts of an acceptance rate of merely 12 per cent. Thus, Mexico will hardly be able to face the isolationism announced by Donald Trump. More linked than ever to the fate of the US, our reserves of autonomy nearly depleted, with a government lacking in national projects and popular support, we in Mexico wait for the storm.