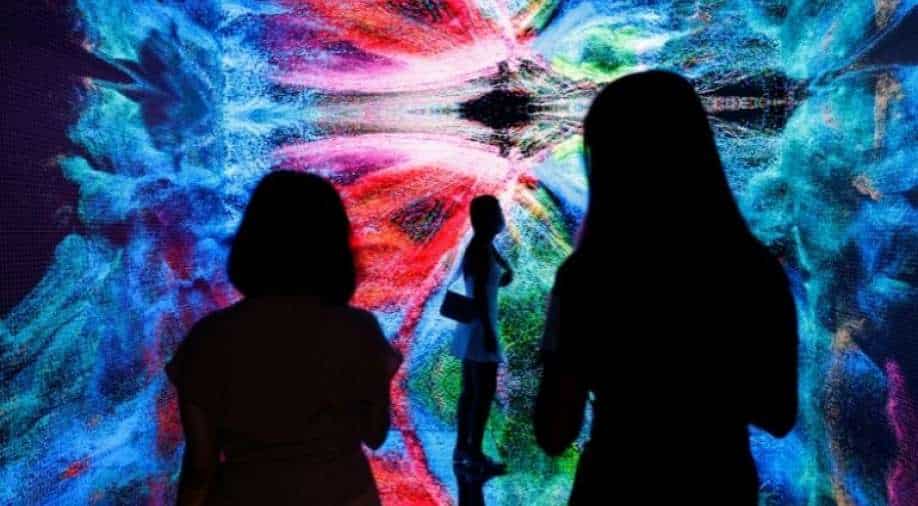 Visitors are pictured in front of an immersive art installation titled "Machine Hallucinations-Space: Metaverse" by media artist Refik Anadol, which will be converted into NFT and auctioned online at Sotheby's, at the Digital Art Fair, in Hong Kong, China  Photograph:( Reuters )

Virtual casinos in the United States, maily located in Texas and Alabama, are defrauding the public as per the securities regulators in the states.

According to the Texas Securities Board, in a "high-tech fraudulent securities offering" co-founders of the Sand Vegas Casino Club, Martin Schwarzberger and Finn Ruben Warnke allegedly conducted fundraisers to build virtual casinos.

"We are coordinating among states to investigate the offerings and plan enforcement actions if necessary," said the enforcement director at the board, Joe Rotunda.

People who own virtual objects with provable authenticity use blockchain technology for the trading of NFTs.

The same technology is used for purchasing and selling cryptocurrencies such as Bitcoin and Ethereum.

However, calculating the ownership of NFTs is a tricky process. It is authenticated through complex mathematical puzzles. It requires computers that can occupy almost entire several wharehouses.

"We are absolutely confident we can solve this situation and possibly even lead the way for other NFT projects," told news agency Reuters.

NFTs generate several hundred million dollars in transactions every month according to the US Securities and Exchange Commission (SEC).

Several big auction houses such as Sotheby's and Christie's are selling NFTs at massive prices. But they all are wary of scams and duplicates.

It issued a statement saying the 11,111 NFTs offered by Sand Vegas were in violation of the platform's service terms.