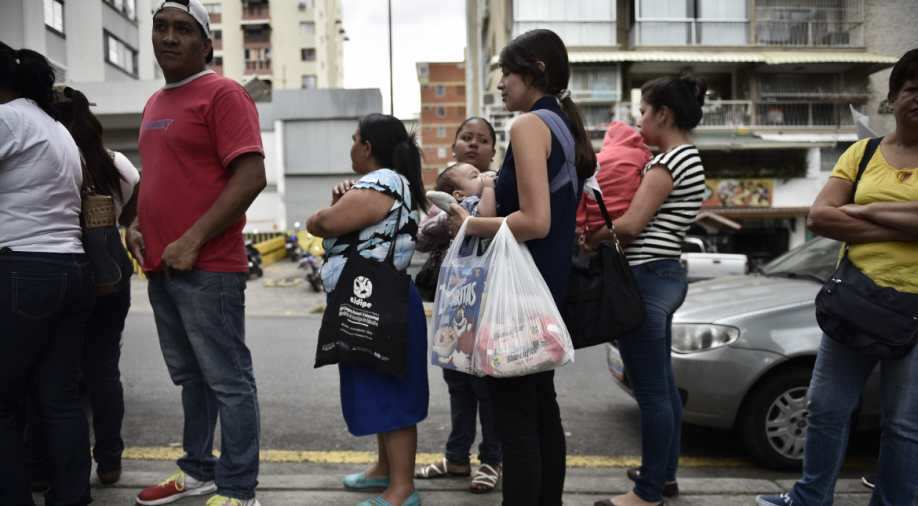 The country is in deep recession driven by falling prices for its oil exports. The crisis has prompted food shortages and deadly looting that the opposition blames on socialist President's Nicolas Maduro's economic mismanagement.

He meanwhile regularly accuses business elites of waging an "economic war" against him by hoarding supplies to aggravate the crisis.

The former Spanish prime minister, in Caracas since Friday, said he was hoping the sides would make contact with each other, possibly by Tuesday.

On Thursday, the opposition coalition asked the Vatican to join an international mediation effort.

Archbishop Diego Padron, chairing an annual conference of Venezuelan bishops, said he was willing to help with the mediation bid.

But he also said Maduro "lacked moral authority to call for dialogue and for peace" because of the government's inability to provide food and medicine for the country's population.

In a sign of Maduro's concern at mounting social unrest, the president also on Thursday replaced the head of the National Guard, even as he confirmed his defense minister, Vladimir Padrino Lopez, in his post.

The opposition launched its efforts to remove the president after winning control of the legislature in January. But Maduro has challenged his rivals through the Supreme Court, which they accuse him of controlling.

The government has already filed a case in the court against the referendum bid.

The national electoral board has said it will announce by July 26 whether enough signatures have been authenticated for the referendum drive to proceed.

If that happens, Maduro's opponents must collect four million more signatures to call a full referendum on his removal.

After that date, a successful recall vote would simply hand power to Maduro's hand-picked vice president.