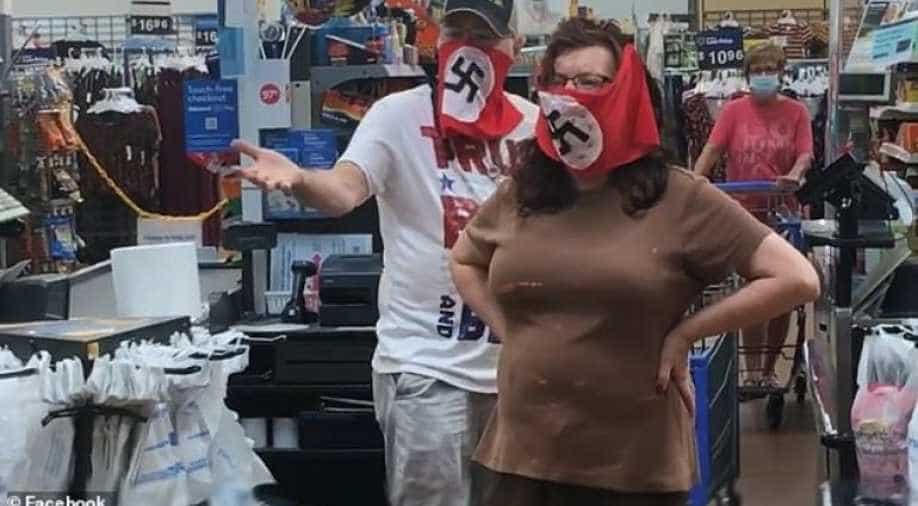 Raphaela Mueller, who was also shopping during that time, posted a video on Facebook of the duo being confronted by others in the store

Walmart banned a couple from entering any of its store for at least a year after they came for shopping wearing a mask with Nazi symbols in Minnesota, United States.

Police were called in on Saturday, who did not arrest the couple, but gave them no-tresspass notice.

Raphaela Mueller, who was also shopping during that time, posted a video on Facebook of the duo being confronted by others in the store.

"If you vote for (Democratic presidential candidate Joe) Biden, you’re going to be living in Nazi Germany, that’s what it’s going to be like," the woman, who was wearing the Swastika mask, said in the video.

Mueller, a vicar of a southwest Minnesota parish said when she felt "nauseated" and wanted to "cry" when she first noticed the couple.

"I was speechless and shocked. I have heard of (things like this) happening in other places but I never thought I would see something like that," she said, reported The Associated Press on Sunday.

Walmart, in a statement, said the Bentonville, Arkansas-based retailer "will not tolerate any form of discrimination or harassment in any aspect of our business."

The couple were given an alternative mask, which they refused to wear, following which they "became belligerent and were asked to leave the store by store management," the statement added.