US urges release of reporter Tice, missing in Syria since 2012 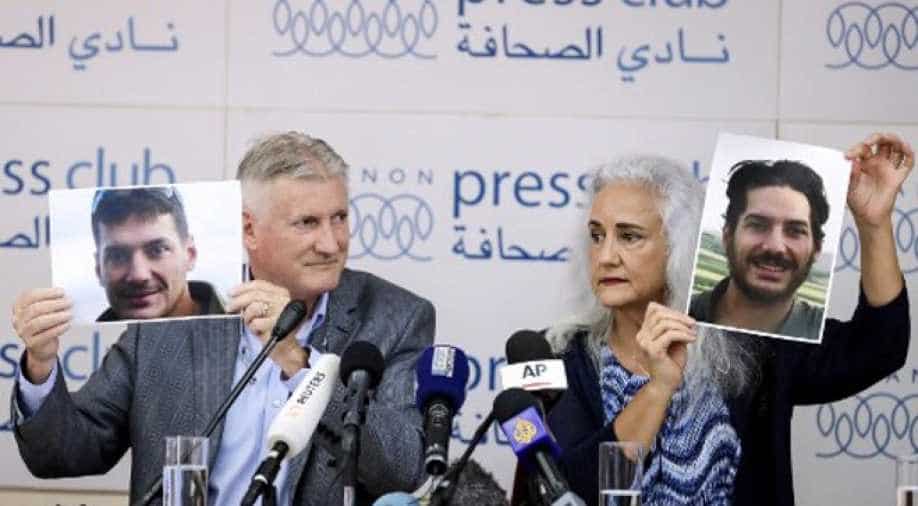 Tice was a freelance photojournalist working for AFP, McClatchy News, The Washington Post, CBS, and other news organizations.

The United States called Wednesday for journalist Austin Tice, who disappeared in Syria in 2012, to be freed, reiterating the belief that he remains alive and is being held against his will.

Seven years to the day after Tice was forcibly detained near Damascus, State Department spokesperson Morgan Ortagus said US officials were working actively to bring him home.

"We believe he is alive and remain deeply concerned about his wellbeing," Ortagus said.

"We strongly urge Austin's captors to release him and to end this painful ordeal," she said.

"We call on anyone who may have information about Austin's whereabouts -- governments and individuals -- to work cooperatively with us to secure his safe release and to bring him home".

Tice was a freelance photojournalist working for AFP, McClatchy News, The Washington Post, CBS, and other news organizations when he was detained at a checkpoint near Damascus on August 14, 2012.

Thirty-one years old at the time he was captured, the former marine appeared blindfolded in the custody of an unidentified group of armed men in a video a month later.

Since then, there has been no official information on whether he is alive or dead.

In 2018, US authorities announced a $1 million reward for information that would lead to his recovery.

In December, his parents, Debra and Marc Tice, praised the efforts of President Donald Trump's administration in obtaining the release of several other Americans kidnapped or detained abroad.