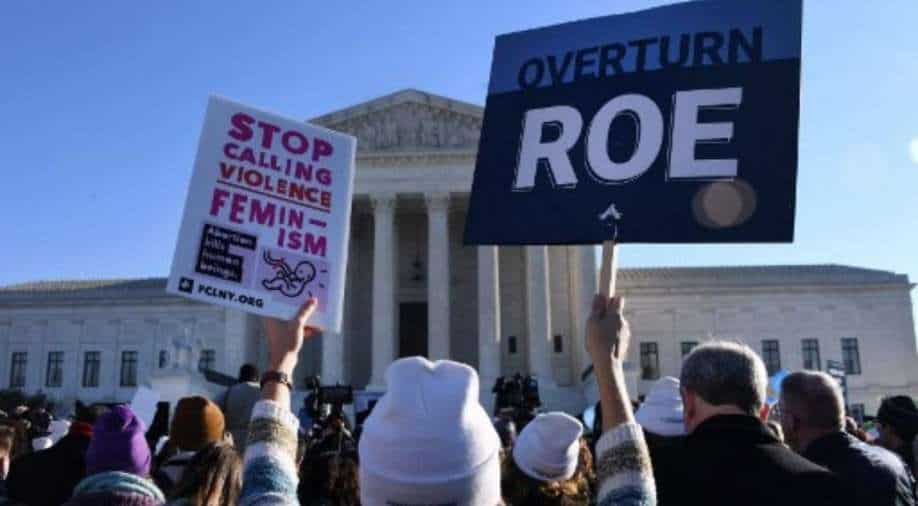 Texas law, which has been in place since Sept. 1, is flatly at odds with Roe, which established a constitutional right to abortion and prohibited states from banning the procedure before fetal viability, or around 23 weeks of pregnancy. Photograph:( AFP )

The United States Supreme Court on Friday (December 10) has ruled on the Texas abortion law, now allowing the abortion providers to challenge the ban in federal court. However, it let the controversial law remain in effect for now.

The controversial law, known as SB8, prohibits the procedure after around six weeks of pregnancy - a phase before most women even know they are pregnant. An exception can be made if there is any medical emergency, however, not in the case of rape or incest.

The controversial law remained one of the highly-debated topics in US politics this year as this emerged as a restrictive law in the country, passed since abortion was made a constitutional right five decades ago.

Today's ruling gives a window that the law might get suspended as the case will return to a district court for further proceedings, CNN reported.

The law came into effect on September 1 and was heavily criticised by women's rights groups, especially by the Biden administration.

Eight out of nine justices agreed that lawsuits filed by abortion providers against the Texas law may proceed, but they divided 5-4 on whether other officials could be sued.

Here's what the court said:

Chief Justice John Roberts, in his opinion, said that "given the ongoing chilling effect of the state law, the District Court should resolve this litigation and enter appropriate relief without delay."

"The Court concludes that the petitioners may pursue a pre-enforcement challenge against certain of the named defendants but not others," the court, led by Justice Neil Gorsuch, said as quoted by FOX News.

"The petitioners then filed a request for injunctive relief with the Court, seeking emergency resolution of their application ahead of [the law's] approaching effective date," the court said.

"In the abbreviated time available for review, the Court concluded that the petitioners’ filings failed to identify a basis in existing law that could justify disturbing the Fifth Circuit’s decision to deny injunctive relief," it added.