US Senate confirms Mark Esper as secretary of defence 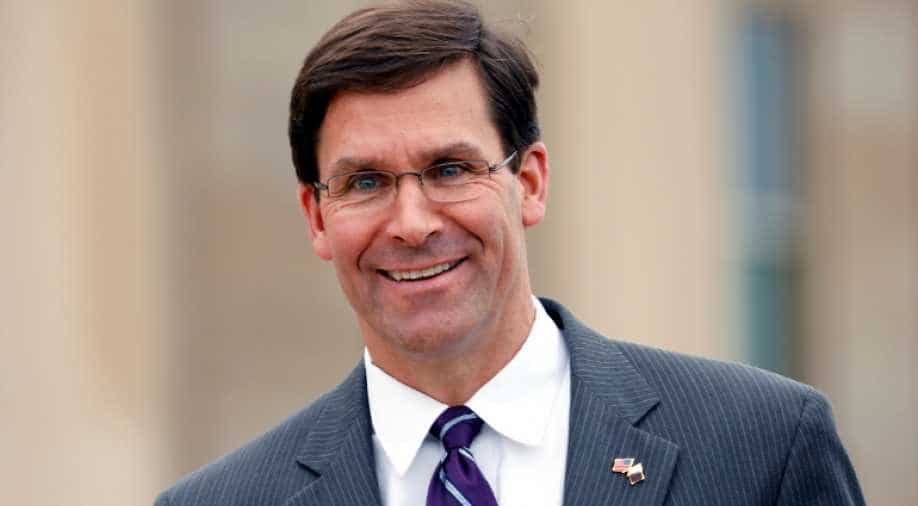 The US Senate on Tuesday confirmed former soldier Mark Esper as secretary of defence, filling America's longest-ever Pentagon leadership vacuum as Washington faces mounting tensions with Iran and struggles to end its long war in Afghanistan.

President Donald Trump's second Defense Department chief will take over nearly seven months after the shock departure of Jim Mattis, the deeply respected career US Marine who broke with Trump over policy towards the Middle East and Afghanistan.

Two others were made acting defence secretary this year to fill the void - including Patrick Shanahan, who served a six-month temporary stint but resigned for family reasons in June and withdrew from consideration for the full-time top post.

Esper sailed through the confirmation process in lightning speed. He earned broad bipartisan support and was confirmed by a vote of 90 to 8.

He is expected to take his oath of office later Tuesday, according to the Pentagon.

Esper's confirmation brings ballast to a Pentagon destabilised by the leadership revolving door since late December, and as the world's primary military power is engaged in two wars - in Syria and Afghanistan - and being tested by Tehran.

Senate Majority Leader Mitch McConnell, the top Republican in Congress, hailed Esper, who served a two-year stint as secretary of the US Army beginning in 2017, as "a thoroughly well prepared nominee" who has the respect of the national security community and can hit the ground running.

"The world is full of serious threats to America, to our allies and to our interests, not least among them obviously is Iran's insistence on continuing to ratchet up tensions in the Middle East," McConnell said in a Senate floor speech Monday.

"Having a Senate-confirmed secretary of defense, especially one of this quality, could not come a moment too soon."

Esper has significant Middle East experience. He fought in Iraq during the Gulf War in 1991, and was part of the US Army's famed 101st Airborne Division known as the "Screaming Eagles."

He is also close to Secretary of State Mike Pompeo, with whom he studied at the prestigious West Point Military Academy. Both men graduated in 1986.

On the political front, he served as an advisor for several lawmakers on Capitol Hill, including Republican senator Chuck Hagel, who later became secretary of defense under Democratic president Barack Obama.

But his links with the defense industry raised eyebrows during his confirmation process.

Democratic Senator Elizabeth Warren, a 2020 presidential candidate, highlighted Esper's potential conflicts of interest regarding his affiliation with defense contractor Raytheon, for whom he was a lobbyist when Trump tapped him for the army secretary post.

"At the age of 18, I went to West Point, and I swore an oath to defend this Constitution, and I embraced a motto called duty and honor and country," he told Warren during his confirmation hearing.

"And I've lived my life in accordance with those values ever since then," he said, adding: "I went to war for this country."