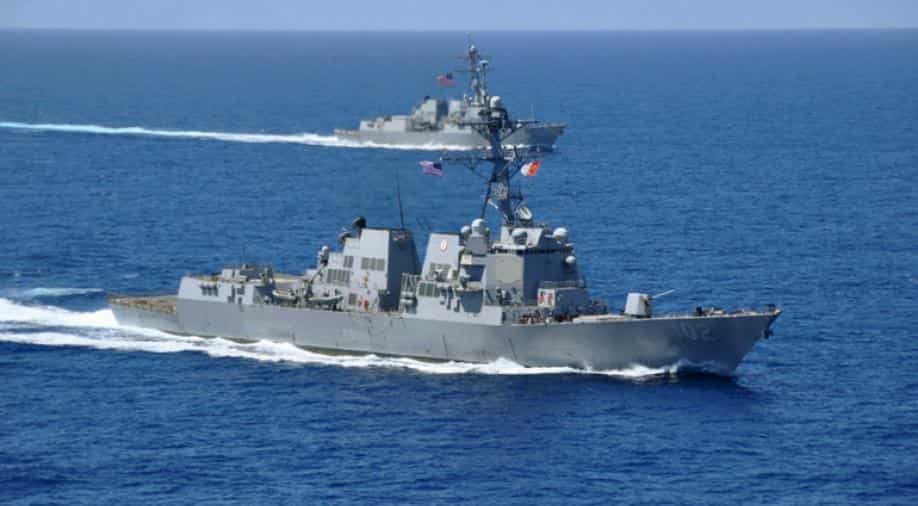 China’s tightening control over the South China Sea is worrying for a number of regional countries. Photograph:( Others )

Two US warships sailed near islands claimed by China in the South China Sea on Monday, a US official told Reuters, a move likely to anger Beijing at a time of tense relations between the world's two biggest economies.

Beijing and Washington are locked in a trade war and the two sides are trying to hammer out a deal ahead of a March 1 deadline when US tariffs on $200 billion worth of Chinese imports are scheduled to increase to 25 per cent from 10 per cent.

Escalating tensions between the United States and China have cost both countries billions of dollars and roiled global financial markets.

The official, speaking on condition of anonymity, said the two guided-missile destroyers travelled within 12 nautical miles of Mischief Reef in the disputed Spratly Islands.

China claims almost all of the strategic South China Sea and frequently lambastes the United States and its allies over naval operations near Chinese-occupied islands.

China and the United States have repeatedly traded barbs in the past over what Washington says is Beijing’s militarisation of the South China Sea by building military installations on artificial islands and reefs.

China defends its construction as necessary for self-defence and says it is the United States that is responsible for ratcheting up tensions in the region by sending warships and military planes close to islands Beijing claims.

Vietnam, the Philippines, Brunei, Malaysia, Indonesia and Taiwan have competing claims in the region.

Fears have grown in recent months that the US-China trade dispute is just one element in a bilateral relationship that is fast cooling across the board, with top US administration officials sharply criticising Beijing for everything from human rights abuses to cyber espionage in the United States.

The two countries are also at odds over regional security, including Washington’s overtures to the self-ruled island of Taiwan, which China claims as its own.