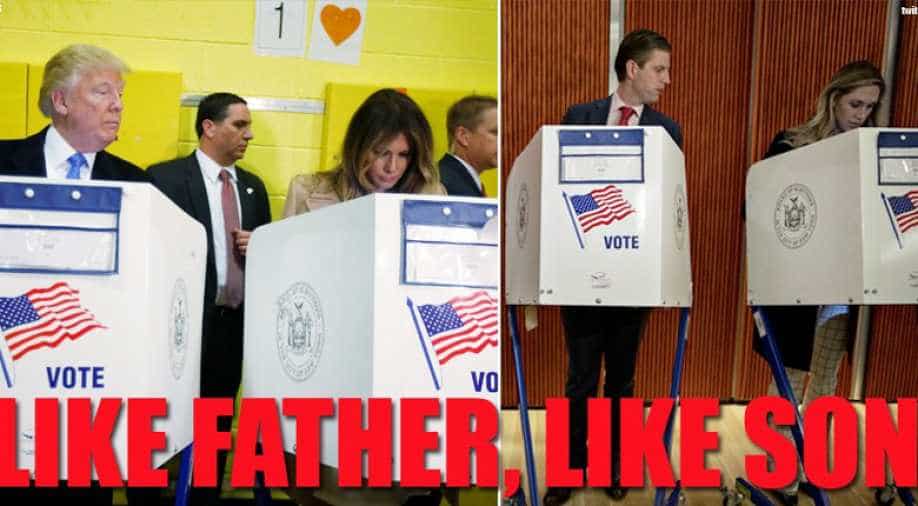 At the time of vioting, Donald Trump appeared skeptical of a demographic he thought was secure -- his wife. It wouldn't be his second or first wife to part ways from him, but Melania seemed like a bigtime MAGA enthusiast.

She had done so much for him this election: falsely post on her website she graduated from university, deliver and write a speech written and delivered by Michelle Obama, nobly defend her husband for saying he grabbed other women's vaginas without asking permission.

It was the customary American grooming for every First Lady before her. So why did Trump appear to doubt Melania when it mattered most?

By sneaking a peak at his wife's ballot, Eric Trump also showed little faith his wife would vote horribly. He appeared to believe she might suddenly Stand With Her, or conscientiously throw her vote into the garbage by voting Stein or Johnson.

Over the course of the campaign two or three Sensitive Sallies were miffed by the Trump Campaign, only because Donald has been consistently racist sexist and a xenophobe who doesn't just lie a lot but has never said anything true despite talking ceaselessly on TV since 2014.

Luckily for them, while the Trump's have insulted about everyone in the world roughly half of America still backs them! Stay tuned to see if it's the bigger or smaller half.

Disclaimer: Please get your hard facts elsewhere on WION. If this provided a laugh, good. If not, sorry.