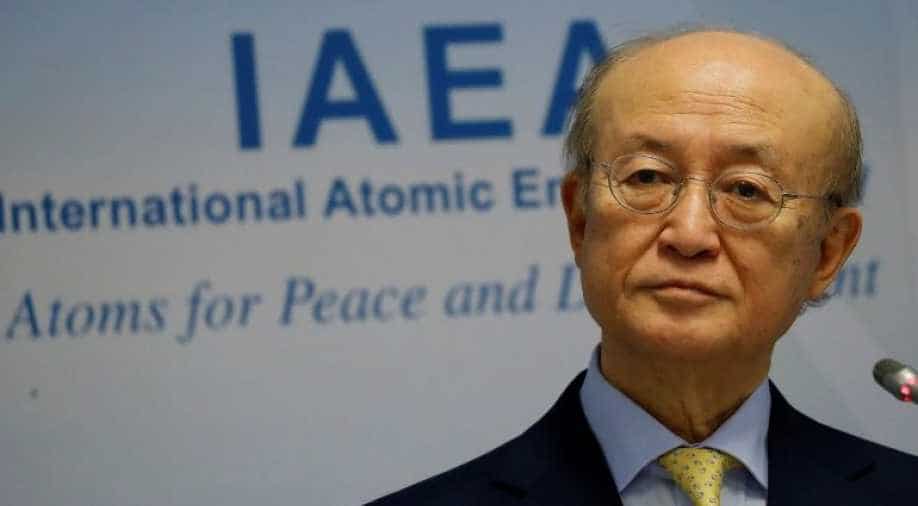 Member states decided that nominations would be received until September 5, the International Atomic Energy Agency (IAEA) said following a special meeting of its board of governors in Vienna.

The United Nation nuclear watchdog said on Thursday - it had fixed the timetable for the election of a new director-general following the death of Yukiya Amano two weeks ago.

Member states decided that nominations would be received until September 5, the International Atomic Energy Agency (IAEA) said following a special meeting of its board of governors in Vienna.

"The Board expects to appoint a director-general in October 2019 and, in any case, envisages that the person appointed will assume office no later than 1 January 2020," it said in a statement.

The US had pushed for a timetable to ensure a new chief would be named by September, but other states were understood to want more time for the process.

The race to succeed Amano will be keenly watched given heightened international tensions over Iran's nuclear activities.

The UN agency is currently confronted with the unravelling of the 2015 nuclear accord with Iran, which began when President Donald Trump unilaterally pulled the United States out of the agreement in May 2018.

At another special meeting last week, the IAEA elected Romanian diplomat Cornel Feruta as its acting director-general until a permanent successor is elected "in order to ensure the orderly and smooth functioning of the Agency".

Feruta has been tipped as one of the likely candidates for the post along with Rafael Grossi, Argentina's ambassador to the IAEA.

Feruta, 43, who worked as a journalist before entering Romania's diplomatic service in 1998, was one of Amano's closest collaborators and had been serving as the agency's chief coordinator.

Amano had led the agency since December 2009 and died on July 18 at the age of 72. No details were released about the cause of death, but he had been ill for several months.