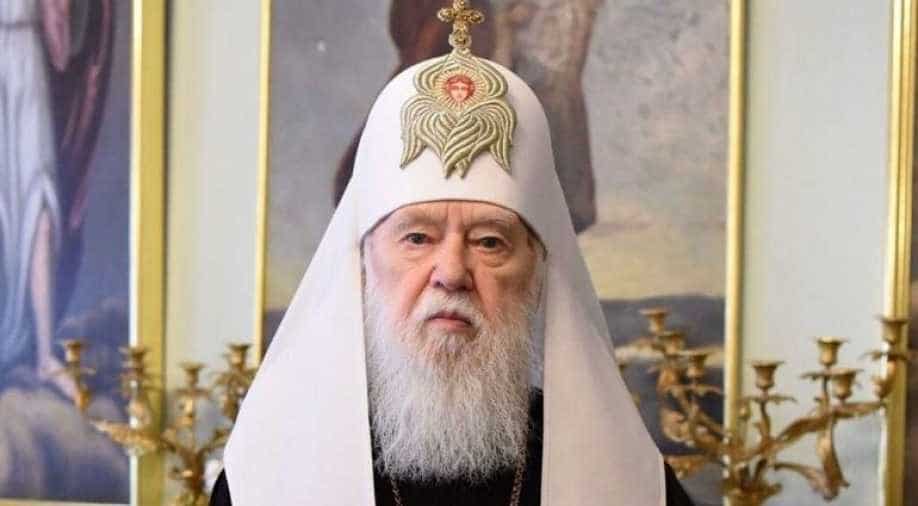 Patriarch Filaret, head of the Ukrainian Orthodox Church--Kiev Patriarchate, has tested positive and is reportedly stable and undergoing treatment

A renowned church leader in Ukraine, who has earlier described coronavirus pandemic as "god's punishment" for same-sex marriage has been infected with the virus.

Patriarch Filaret, head of the Ukrainian Orthodox Church--Kiev Patriarchate, has tested positive and is reportedly stable and undergoing treatment, the church in a Facebook post said on Friday.

On Tuesday, the church said: "His Holiness Patriarch Filaret is especially grateful to everyone who shows his love and support in prayers for his health," reported CNN.

"Today the state of health of Patriarch Filaret is stable, treatment continues. We ask you to continue to pray for His Holiness Patriarch Filaret, so that the All-Merciful and Almighty Lord God will heal the Patriarch and heal him from his illness."

Filaret, 91-year-old, in an interview to a Ukrainian TV channel in March, said that the outbreak was "God's punishment for the sins of men, the sinfulness of humanity," as he put the blame on same-sex marriages.

Insight, a Ukrainian LGBTQ+ group filed a lawsuit against the leader, saying these remarks have the potential to trigger hate and discrimination. They demanded an apology from Filaret and asked the channel and Filaret to withdraw from the comments, as reported by news agency Reuters.

Responding to the legal suit, the church said that as a man and the head of the church, he has the freedom to voice out his opinions, which are based on "morality".