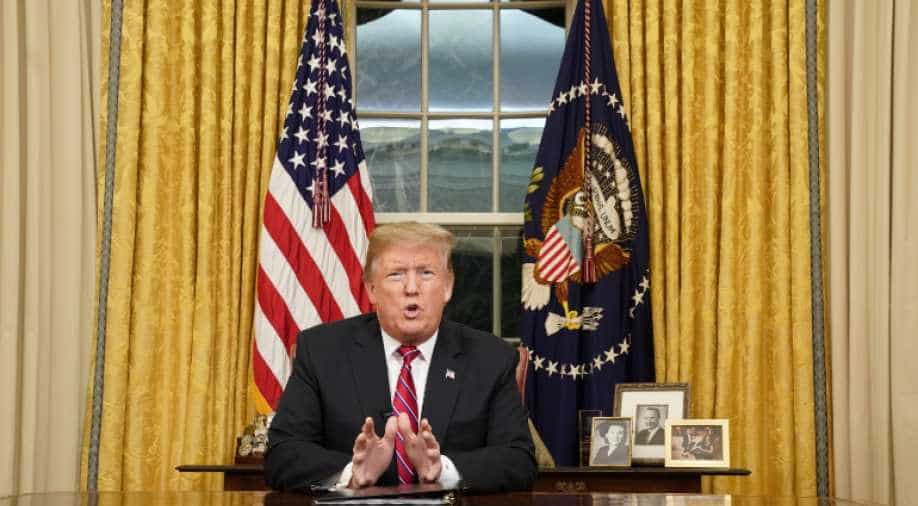 Trump wants to create a space force to protect satellites, tackle vulnerabilities in space and assert US dominance in orbit.

President Donald Trump signed an order Tuesday outlining his vision for a new "Space Force" that could one day become a separate military branch on an equal footing to the Army and Navy.

Trump wants to create a space force to protect satellites, tackle vulnerabilities in space and assert US dominance in orbit.

"We have to be prepared," Trump told reporters after signing the directive.

"My administration has made the creation of a space force a national security issue."

Space Force would be the sixth branch of the military alongside the Navy, Marine Corps, Army, Air Force and Coast Guard.

The order calls for Congress to draft legislation that would establish Space Force as a branch that falls under the Air Force, similar to how the Navy oversees the Marine Corps.

With the new directive, "Trump is posturing the United States to compete, deter, and win in a complex multi-domain environment characterized by great power competition," Summers said in a statement.

The Air Force said a space force would work "to ensure unfettered access to, and freedom to operate in space, and to provide vital capabilities to joint and coalition forces."

But the creation of Space Force is by no means a done deal, as it must be vetted and approved by Congress.

Lawmakers and defence officials have reacted with scepticism, wary of the cost and added bureaucracy.

Space plays a vital role in just about every aspect of modern warfare, with many military technologies reliant on a network of orbiting sensors and satellites, and the Pentagon has warned that countries such as Russia and China are working to build anti-satellite capabilities.