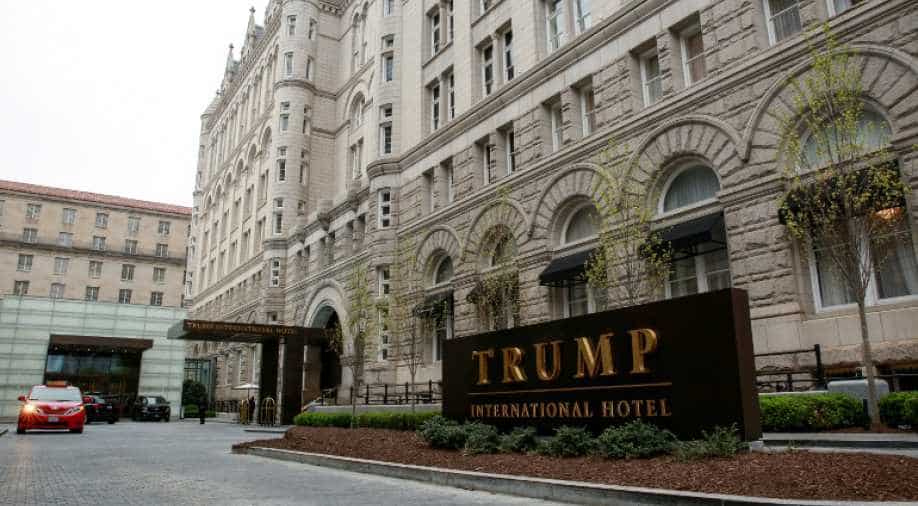 The sushi restaurant at the Trump International Hotel in Washington wins a coveted Michelin Star.

US President Donald Trump is known to be a fan of fast food, but the fare at one of his hotels is more refined - the sushi restaurant at the Trump International Hotel in Washington has won a coveted Michelin Star.

The 2020 Michelin Guide to Washington, released on Tuesday, awarded Sushi Nakazawa one star, meaning editors believe the restaurant is "worth a stop."

According to the guide, "this intimate and elegant restaurant offers a laser focus on quality, seasonality and technique."

Chef Daisuke Nakazawa offers a 20-course meal and an Edomae sushi-style tasting menu, according to the restaurant's website, which says reservations must be made 30 days in advance.

Sushi Nakazawa has a controversial location as Trump has been accused of using his presidency to make money by promoting the hotel, just blocks from the White House, to visiting foreign delegations.

Jose Andres, a Spanish chef who runs a US dining empire, declined to open an outlet at the hotel after then-candidate Trump made disparaging comments about immigrants during the 2016 election.

Michelin's new Washington guide, its fourth edition in the US capital, bestowed 22 stars on 18 different restaurants, including a repeat of a prestigious three stars for the Inn at Little Washington, run by chef Patrick O'Connell.

"Our inspectors are especially impressed by the range and diversity of cuisine in Washington, DC, which reflects Washington's culture as a global crossroads for governments and travellers," Gwendal Poullennec, international director of the Michelin Guide, said in a statement.