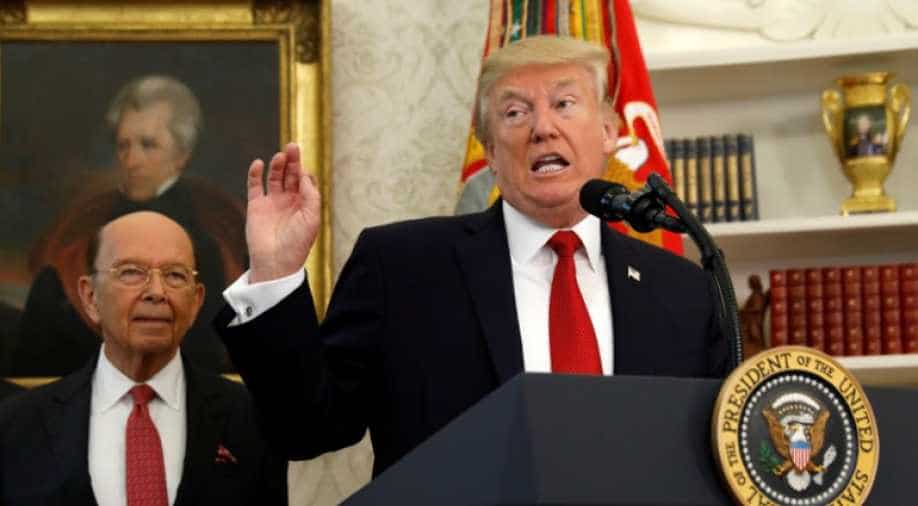 President Donald Trump congratulated Xi Jinping on Wednesday after the Chinese leader solidified his grip on power at a landmark Communist Party Congress.

"Spoke to President Xi of China to congratulate him on his extraordinary elevation. Also discussed NoKo & trade, two very important subjects!" Trump tweeted after the call.

The phone call came as Xi was formally handed a second term in power and his doctrine was written into the party constitution -- putting him on par with the nation's founder Mao Zedong.

The party meeting also saw the Chinese leader fuel speculation about how long he will remain in the post by not anointing a possible successor to take over in five years' time.

"I happen to think he's a very good person," he told the Fox Business news channel.

"Some people might call him the king of China, but he's called president. But we have a very good relationship, and that's a positive thing, and it would be good to have that relationship with Russia and other countries too," he added.

Trump is expected to meet the Chinese leader during a state visit to China early next month.

That is part of a broader Asia trip likely to be dominated by concerns about North Korea's ballistic and nuclear programs.

They hope it will lead to more streamlined decision making and see benefits in having an interlocutor who can afford to take some risks domestically.

A senior aide to Trump said "the president has a very good working relationship with Xi Jinping. He wants to continue building on what the president terms a constructive and results-oriented relationship."

"The 19th Party Congress provides the opportunity for us to get some things done in the relationship to put us on a good footing deep into the future."