Tillerson says will stay as top US diplomat through 2018 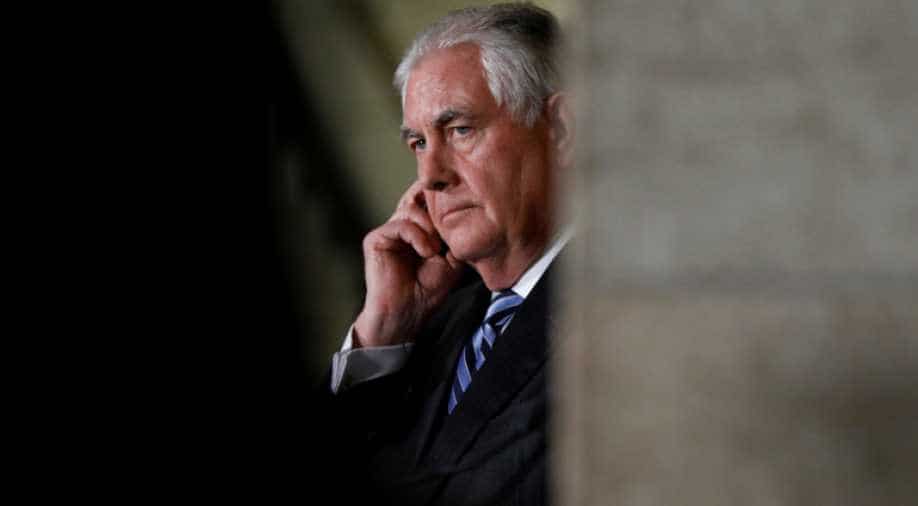 Tillerson said, 'I intend to be here for the whole year.' Photograph:( Reuters )

US Secretary of State Rex Tillerson said on Friday he planned to stay in his post through 2018 despite speculation he might leave soon due to a fractious relationship with President Donald Trump, whom he reportedly called a "moron."

In an interview with CNN, Tillerson said he thought the Trump administration had a "very successful" year in 2017 and was now executing policies that he hoped would lead to "a very, very successful 2018."

When pressed on his plans, Tillerson said, "I intend to be here for the whole year."

Tillerson's relationship with Trump appeared to sour over the course of the year. NBC reported in October that Tillerson referred to the president as a "moron" after a Pentagon meeting in July. In November, there were reports the White House was contemplating replacing him.

Tillerson told CNN the president had given him no indication his job was in jeopardy.

The CNN interview coincided with the release of a sharply critical book on Trump's first year as president. The book portrayed the US leader as behaving like a child and raised new questions about his fitness for public office.

Tillerson said it took him a while to learn how to best communicate with Trump, who he did not know before becoming secretary of state. Tillerson, a former Exxon chief executive, said he and the president had different management and decision-making styles.

"I've had to spend a lot of time understanding how to best communicate with him so I can serve his needs with information," Tillerson told CNN.

"Something I had to learn is what is effective with this president," Tillerson said. "He is not typical of presidents of the past. I think that's well recognized. That's also though why the American people chose him."

He said he tries to brief Trump on all sides of an issue, "even when I know it's not the side that he really wants to consider."

"People should feel good about the way decisions are made because it's not just one of giving in to what you think the president wants, rather helping him see the full array of all of the options," Tillerson said.