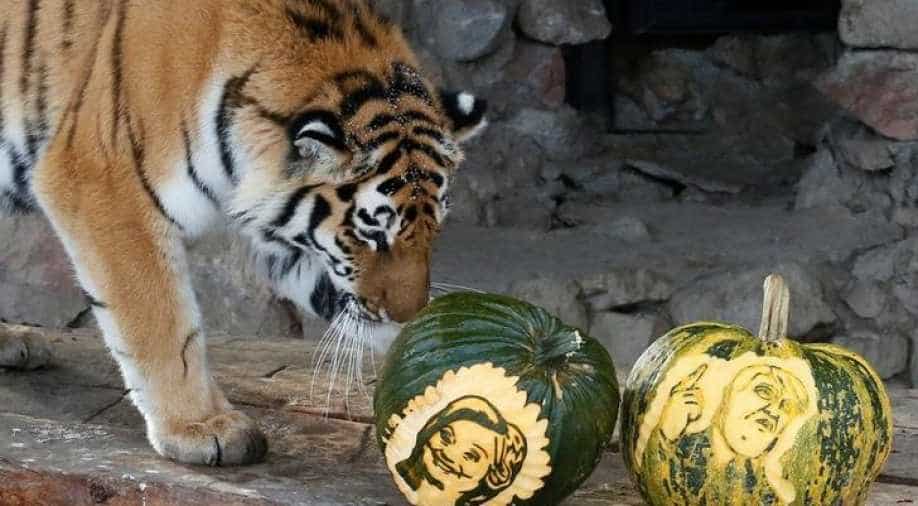 A tiger and polar bear in a Siberian zoo made contrasting predictions of the outcome of Tuesday's US election when invited to choose between pumpkins representing Hillary Clinton and Donald Trump.

Female tiger Yunona favoured a pumpkin carved with the image of Clinton, the Democratic nominee, while polar bear Felix opted after some deliberation for one bearing the name of Republican candidate Trump.

The Royev Ruchey Zoo in Krasnoyarsk, which released a video of the two, said the animals faced a tough choice as the pumpkins had been filled with fresh meat and fish, both favourite treats with Yunona and Felix.