Thousands rally in Armenia in renewed call for PM's dismissal 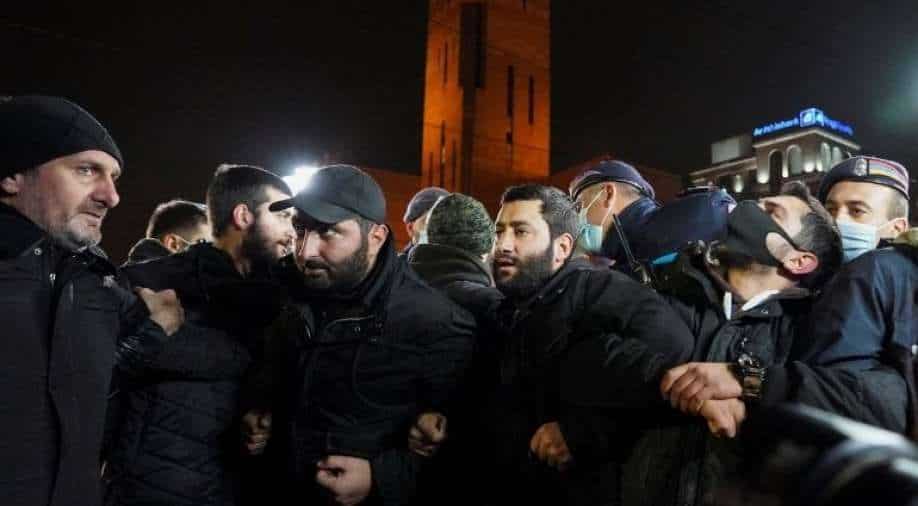 Thousands of protesters rallied in the Armenian capital on Saturday in a renewed call for Prime Minister Nikol Pashinyan to resign over a controversial peace agreement with Azerbaijan.

Pashinyan announced the Moscow-brokered agreement on November 9, ending six weeks of war over the disputed region of Nagorno-Karabakh that left thousands dead.

Under the deal, Armenia agreed to cede three districts to Baku in addition four others Azerbaijani forces had won back during the fighting that had been controlled by Armenian separatists since the 1990s.

The decision sparked fury in Armenia, where demonstrators stormed and ransacked government buildings and have since staged near daily demonstrations in Yerevan, demanding that Pashinyan step down.

While the prime minister has so far weathered the storm, Saturday saw the biggest rally yet, with some 10,000 protesters gathering in downtown Yerevan's Liberty Square, according to AFP journalists at the scene.

The protesters chanted "Nikol the traitor" and "Armenia without Nikol" and waved the flags of Armenia and Karabakh.

"Nikol is a political corpse. I am not planning on following a corpse into the grave," Manya Khachatryan, 49, told AFP.

"Because of him our homeland, our people have received such wounds that it will take several generations to heal them," she said.

Pashinyan, whose wife and son were at the front during the conflict, has said the peace deal was Armenia's only option and that it ensured Karabakh's survival.

Even though the ethnic Armenian enclave lost swathes of territory, it will see its future guaranteed by nearly 2,000 Russian peacekeepers to be deployed for a renewable five-year mandate.

The Armenian authorities last month said they had thwarted a plot to assassinate the prime minister.

Pashinyan has said he has no plans to resign and in a televised address on Saturday said that his government's priority is returning Armenia's prisoners of war and the bodies of those who died in the fighting.