The life and (fun) times of Hugh Hefner 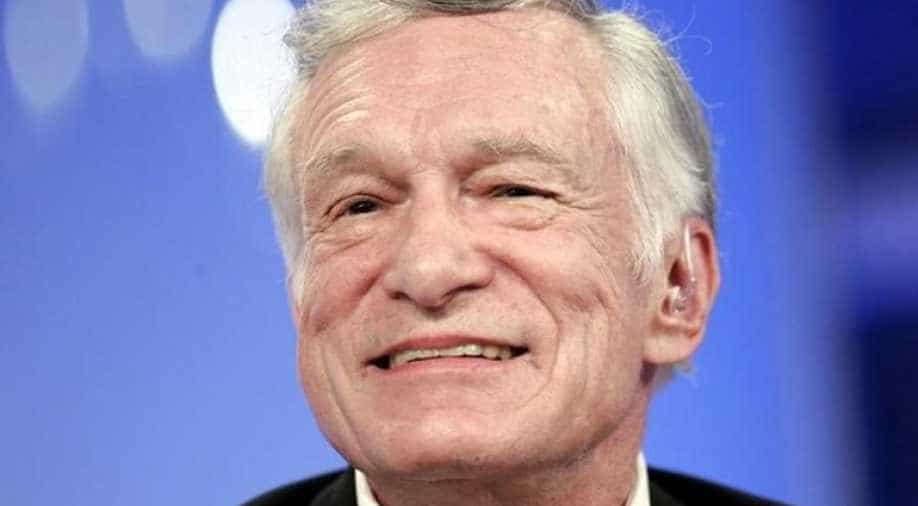 The first issue of Playboy magazine in 1953 featured a nude photograph of Marilyn Monroe. Photograph:( Reuters )

Playboy magazine founder Hugh Hefner died Wednesday at the age of 91 in his Playboy mansion.

Hefner -- an American icon -- founded Playboy magazine in 1953. The magazine was attributed with playing a notable role in the global sexual revolution and remains one of the world's best-known brands.

Hefner, who was once called the "prophet of pop hedonism" by Time magazine, has left behind a legacy worth $50 million as per the latest estimates.

The first Playbody & a nude picture of Marilyn Monroe

The first issue of Playboy magazine (which was undated) published a nude picture of Marilyn Monroe.

The magazine did better than all expectations, going on to sell 50,000 copies at 5 cents each.

But the magazine was not just about nudes.

The "Hef" (as he was also referred to) "refined" his magazine to create what he thought of as a handbook for single urban men. The magazine of course went on to become a worldwide success.

By the 1950s, Playboy had a worldwide circulation of eight million copies.

Its famous "rabbit head" logo is thought of as one of the most recognisable brands in the world.

In the 1970s, he started a chain of Playboy clubs featuring "bunny waitresses".

Huge Hefner with his girlfriends. (Reuters)

In 1949, Hugh Hefner married Mildred William (Millie) with whom he had two children, Christie and David. Their relationship was rocked by Millie's confession that she had had an affair before their marriage. The couple divorced after ten years of marriage.

In 1989 Hefner married Playmate of the Year Kimberly Conrad, who was 36 years his junior. The couple had two children, Marston and Cooper. They split in 1998, but remained on good terms. They officially divorced in 2010.

Hefner started to date Crystal Harris in 2009, getting engaged to her in December 2014.

But Harris broke off the engagement in June 2011, five days before their planned wedding.

They finally came together and tied the knot in 2012 on New Year's Eve.

In an interview to CNN, Hefner said he was never going to grow up.

"Staying young is what it is all about for me. Holding on to the boy and long ago I decided that age really didn`t matter and as long as the ladies ... feel the same way, that`s fine with me."