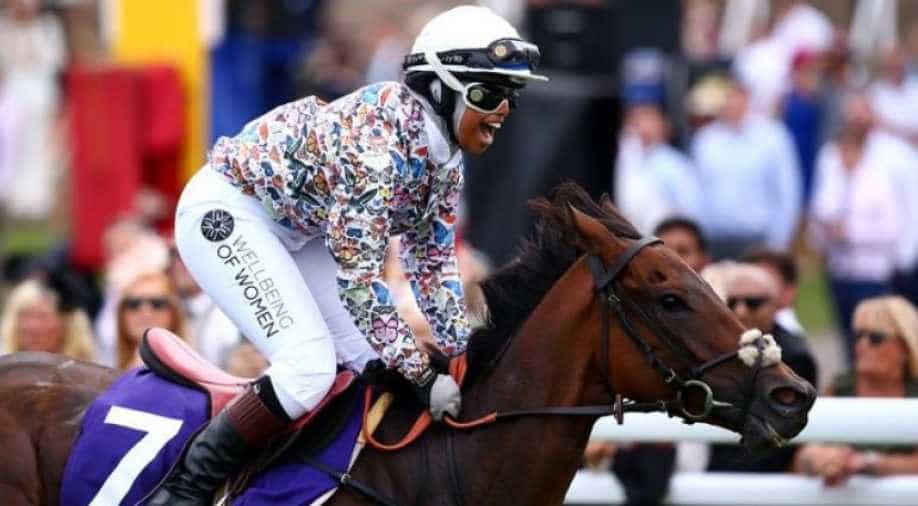 Wearing a hijab under her helmet the 18-year-old enjoyed a fairytale debut, steering Haverland to victory in the Magnolia Cup, just three months after first sitting on a racehorse.

Wearing a hijab under her helmet the 18-year-old enjoyed a fairytale debut, steering Haverland to victory in the Magnolia Cup, just three months after first sitting on a racehorse.

"There are no words to describe it. I can't believe it, to be fair," she told RacingTV after being declared the winner of the charity event following a lengthy photo-finish.

"Ambitious women can make it and that is what I want to represent. I've had so much support and I can't wait to see other stories of other women doing the same and getting into the industry."

Mellah is a seven-year veteran of the Ebony Horse Club, a charity and community riding centre in Brixton in London overlooked by tower blocks on one side and a railway line on the other.

Speaking before writing her name in racing folklore she said: "There's quite a stereotype around Muslim girls and 'them not being able to follow their sporting passions and dreams'.

"I want to be a role model to anyone who wants to do something that they wouldn't initially believe was in their comfort zone and allow people to follow their aspirations and dreams."

In September her focus is set to switch from the racecourse to university and a mechanical engineering degree.