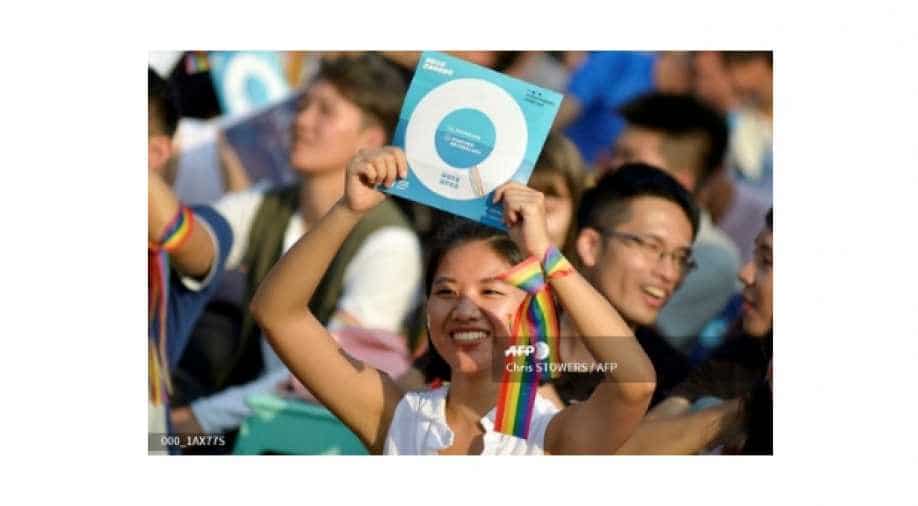 Taiwan's top court last year voted to legalise gay marriage, the first place in Asia to do so.

Taiwan will enact a separate law for same-sex unions after conservative groups won a recent referendum battle, the premier said, as LGBT activists Friday urged the government to abide by a landmark ruling to offer equal marriage rights.

Gay rights campaigners want the existing marriage law to be amended and have said separate regulations would make them second-class citizens.

But conservative groups argue that gay marriages should not come under the current Civil Code, which defines marriage as between a man and a woman.

Taiwan's top court last year voted to legalise gay marriage, the first place in Asia to do so. It ruled that the change should be implemented in two years but did not specify how it wanted gay marriage to be brought in.

Premier William Lai of the ruling Democratic Progressive Party (DPP) announced the plan for a separate law during a meeting with lawmakers Thursday to review the party's local election defeat last weekend.

Some observers have said the gay marriage issue played into the results and hit a nerve in conservative southern Taiwan, the DPP's traditional stronghold, where it lost control of Kaohsiung city for the first time in 20 years.

President Tsai Ing-wen had championed gay marriage before she was elected but has since said there needs to be more consensus in society.

A referendum on whether marriage should only be recognised as between a man and a woman in Taiwan 's Civil Code won more than seven million votes, as did another calling for same-sex unions to be regulated under a separate law.

Gay rights activists had proposed that the Civil Code should give same-sex couples equal marriage rights, but only garnered three million votes.

"We have to respect public opinion and abide by the referendum outcome. We have to revise a law other than the Civil Code, which is (to enact) a separate law," cabinet spokeswoman Kolas Yotaka told reporters, quoting the premier.

She said the government would abide by the Constitutional Court ruling when drafting the new law.

"As for the characteristic of the separate law and what it will be called... we will propose a bill that reflects and meets public consensus," she said.

LGBT activists in Taiwan now fear their newly won rights under the court ruling are under threat.

"We hope the social turmoil can come to an end soon and cause no more division and harm to any more families," rights group Marriage Equality Coalition Taiwan said in a statement.

According to the group, three gay people committed suicide after the referendum result while more than a dozen have attempted suicide or self-harmed.

It urged the cabinet to abide by the top court ruling as well as consulting gay rights group when drafting the bill.

"Pro-family" groups on Friday urged the government to realise the referendum outcome as soon as possible and vowed to set up a taskforce to monitor the law-making process.

"The ball is in the government's court. The people are watching with their eyes wide open if it acts seriously and responsibly to realise their decision," said the Coalition for the Happiness of Our Next Generation in a statement.