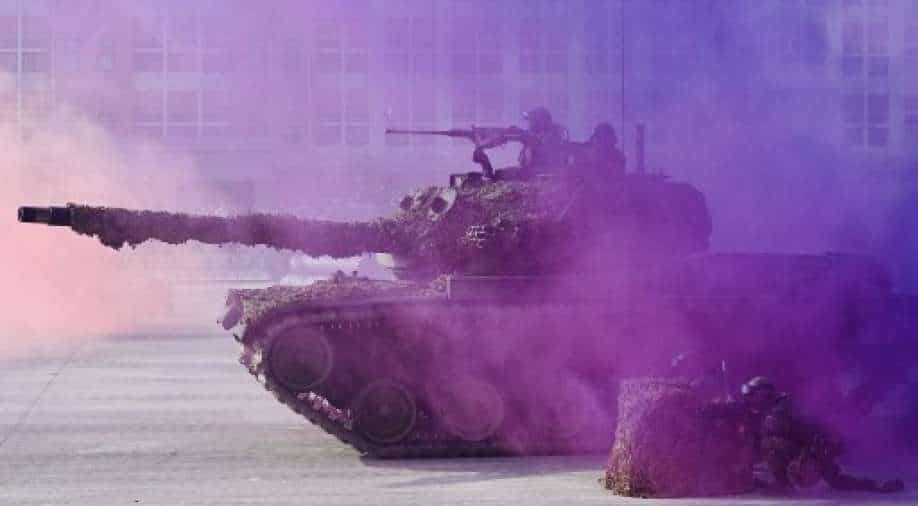 This is a file photo of Taiwanese soldiers operating a CM-11 battle tank during an exercise at a military base in Kaohsiung, southern Taiwan. Photograph:( AFP )

To strengthen its defence capabilities, Taiwan's army on Tuesday (December 21) conducted specialised training for its tank platoons at the Kengzikou training ground in Hsinchu, as reported by CNA.

As per the report, Taiwan's army battle tanks showed off their fighting capability at a combat firing exercise as two platoons of M-60 Patton and CM-11 Brave Tiger battle tanks open fire at invading forces in a mock attack.

Taiwan lives under the constant threat of invasion by China, which has increased military and diplomatic pressure in the past two years to assert its sovereignty claims. It also has vowed to seize it one day.

ALSO READ | China is on a school-building spree in Iraq. Over 1,000 by two firms

As per the report, the Army Armored Training Command said that the training has separate military bases and joint training base training modes.

The department also noted that the current tank platoon specialisation training has two tank platoons per echelon. Thirteen echelons and 26 platoons have been implemented.

Re-emphasising the unification of China, Foreign Minister Wang Yi on Monday (December 20) said that Taiwan is a "wanderer" who will eventually "return home" and should "not be used as a pawn".

Reacting to Wang's statement, Taiwan's China-policymaking Mainland Affairs Council said that the island had never been a part of the People's Republic of China.

"It is neither a wanderer nor a chess piece. Only the 23 million people of Taiwan have the right to decide Taiwan's future, and absolutely will not accept a path laid out by an autocratic political system," it said in a statement sent to Reuters.