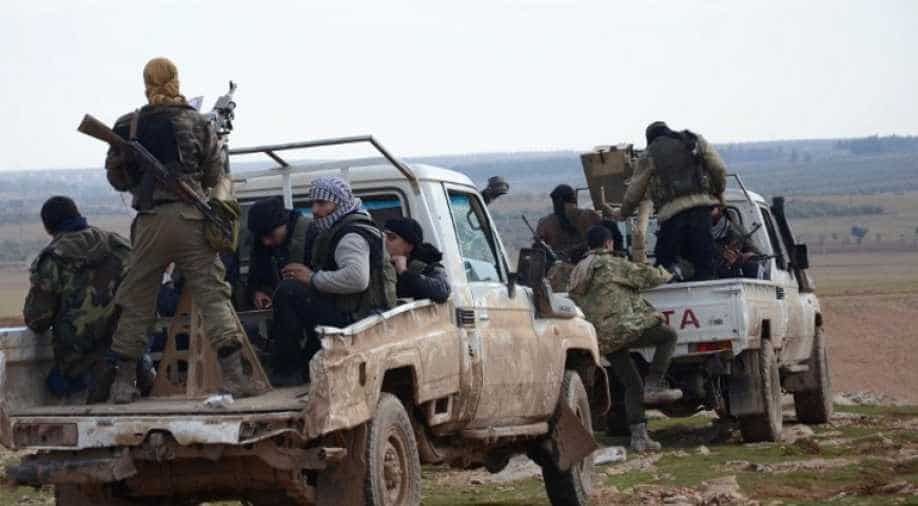 Nearly two weeks into a campaign to capture the last area near the capital outside government control that has left many parts of the once teeming Yarmouk camp in ruins, state media announced al Qadm neighbourhood next to the camp was retaken.

Opposition sources said the army was now engaged in fierce fighting with militants on the outskirts of Yarmouk camp where an estimated 1,500 to 2,000 militants are now encircled.

The militants who are besieged in an ever shrinking area have repelled successive raids to enter their heavily defended stronghold.

The Yarmouk campaign is part of a wider-Russian backed offensive to regain the last pocket in opposition hands around the capital after retaking eastern Ghouta this month.

It has shown no sign of letting up since Western countries launched air strikes on April 14 to punish the government for a suspected poison gas attack.

The fate of hundreds of Palestinians, mostly sick and elderly women and children still in the camp that was once the largest in Syria is uncertain. UNRWA, the UN body responsible for Palestinian refugees has called on warring parties to spare civilians.

"There are some families that have been buried under the rubble and no one is able to retrieve their bodies," said Abu Osama, a resident who fled the camp two days ago to nearby Yalda, joining thousands of others seeking relative safety there since the start of the latest offensive.

"The regime is just burning and destroying ... and then trying to advance on several fronts," Rami al Sayed, a former resident of Yarmouk who is now on its outskirts, said.

The camp, which has been under siege by the army since rebels captured it in 2012, was home to some 160,000 Palestinians before the Syrian conflict began in 2011, refugees from the 1948 Arab-Israeli war and their descendents.

Amaq, a news agency affiliated to Islamic State, said its fighters had repelled the latest attacks on their positions in al Qadam and Hay al Tadamon, killing at least 17 army fighters killed in sniper attacks.

The ultra-hardline Sunni militants also pushed overnight into some positions in the southern Damascus pocket where mainly mainstream rebels operating under the umbrella of the Free Syrian Army (FSA) are in control, opposition sources said.

A deal was reached overnight under Russian auspices to evacuate those FSA rebels who are based in the towns of Yalda, Babila and Beit Sahem that adjoin Islamic State-held areas to opposition held areas in northern Syria, a rebel source said confirming leaks in state media.

Those rebels who have in the past fought both the militants and the Syrian army have also been targeted by the army in an attempt to force them to capitulate.