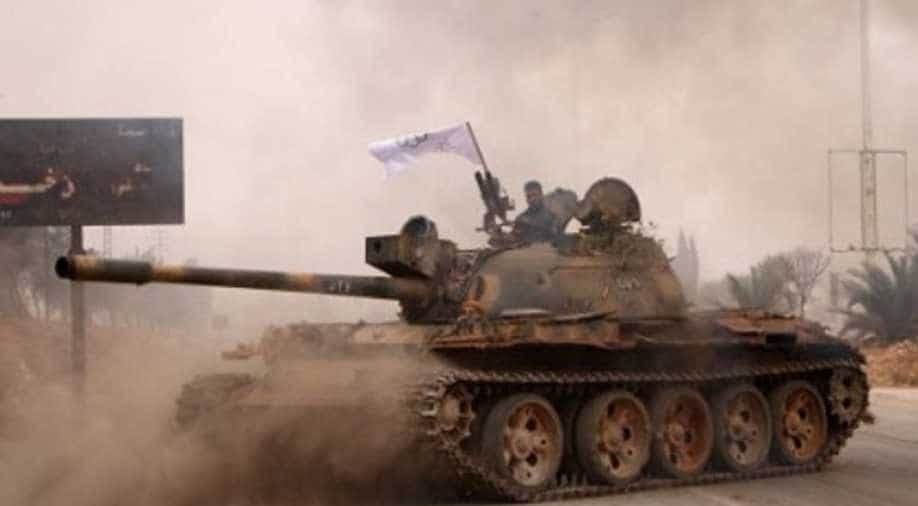 Fighters from the Jaish al-Fatah taking part in an assault on Syrian government forces West of Aleppo city on October 28, 2016. Photograph:( AFP )

Unidentified aircraft hit one of the group's most important bases in Syria, in the northwestern province of Idlib, Syrian Observatory for Human Rights director Rami Abdel Rahman told AFP.

Among the dead were leading members of the group, formerly known as Al-Nusra Front, who were holding a meeting there, he said, without identifying them.

Fateh al-Sham used its Telegram account to accuse the US-led coalition of carrying out the raid.

"More than 20 martyrs after the Crusader coalition targeted a central base in the north Idlib countryside," it said.

An AFP correspondent said several strikes had hit the town including one on a Fateh al-Sham checkpoint. He saw ambulances rushing to the area.

The strike came four days into a fragile ceasefire between Syria's regime and major rebel groups brokered by Russia and Turkey.

Moscow and Damascus say the truce does not cover Fateh al-Sham or the Islamic State group, labelled by the UN Security Council as "terrorist" organisations.

Rebel groups say that Idlib is covered by the agreement.

In November, the Pentagon said a US drone strike killed a senior Al-Qaeda leader in the same area.