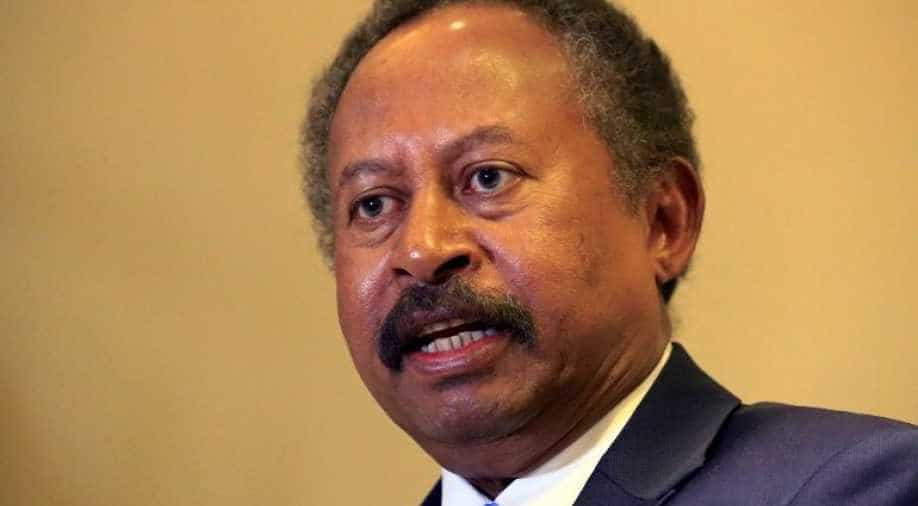 The announcement had been delayed for days as Prime Minister Abdalla Hamdok mulled over the nominees proposed by the movement that led the months-long protests against Bashir and also the generals who ousted him.

"The top priority of the transition government is to end the war and build sustainable peace."

"Now we have a great chance to achieve peace as we have a suitable environment for that," Hamdok said.

It was a worsening economic crisis that triggered the fall of Bashir, who was later arrested and is on trial on charges of illegal acquisition and use of foreign funds.

The protests that eventually brought him down were ignited late last year by his government's decision to triple the price of bread.

The demonstrations swiftly mushroomed into a nationwide protest movement against his three-decade rule, finally leading to his ouster in April.

But the generals who ousted him resisted a swift handover of power to civilians.

In response protesters kept up the pressure against them, leading to a power-sharing deal signed last month between the Forces of Freedom and Change protest movement and the generals.

According to doctors linked to the FFC, more than 250 people have been killed in protest-related violence since December, including at least 127 in early June during a brutal crackdown on a weeks-long protest sit-in outside the military headquarters in Khartoum.

The new cabinet is expected to steer the daily affairs of the country during a transition period of 39 months.

On Tuesday, Hamdok, who built a career in continental and international organisations, most recently as deputy executive secretary of the UN's Economic Commission for Africa in Addis Ababa, said the delay in forming the cabinet was due to the "gender balance" he had been trying to achieve.

He said he also wanted to ensure that the cabinet represented all the regions of the country.

Last month Sudan swore in a "sovereign council", a joint civilian-military ruling body that aims to oversee the transition.

The council is the result of the power-sharing deal between the protesters and generals who seized power after the army ousted Bashir.

The deal stipulates a legislative body should be formed within 90 days of its signing.

The legislature should include no more than 300 members, with 201 seats allotted to the FFC.

Hamdok, who was nominated by the protest movement, had previously said he would choose technocrats based on their "competence" to lead Sudan through formidable challenges that also include ending internal conflicts.

Hamdok's cabinet will also be expected to fight corruption and dismantle the long-entrenched Islamist deep state created under Bashir.