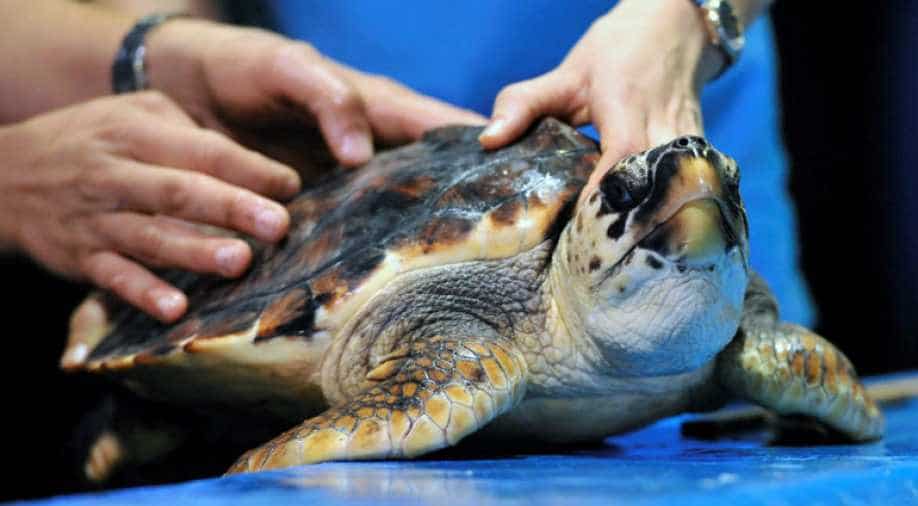 The turtles with the most synthetic particles were in the Mediterranean, according to the study published in the journal Global Change Biology.

Tests carried out on more than 100 sea turtles in the Pacific and Atlantic Oceans and the Mediterranean Sea revealed they all had microplastics in their stomachs, according to a study published on Wednesday.

"Ingestion of plastics is not the main threat to the species, but its presence in every turtle is a concern," said James Cook University (JCU) Associate Professor and study researcher Mark Hamman.

The scientists found more than 800 synthetic particles in the 102 turtles analyzed, but their number could be 20 times greater since they only analyzed part of the stomach of these animals, according to a statement from the JCU.

The turtles with the most synthetic particles were in the Mediterranean, according to the study published in the journal Global Change Biology and led by researchers from the University of Exeter and Plymouth Marine Laboratory, in collaboration with the Greenpeace Research Laboratories.

Hamman said the effects on turtles of ingesting microplastics are unknown but said the youngest turtles would be the most vulnerable.

Microplastics come from larger items such as bags or bottles, from microbeads in exfoliating creams, gels, toothpaste and detergents, or from fibers in clothing, tires, cigarette filters and fishing nets. They are so small that they cannot be removed by water treatment.

"Their small size means they can pass through the gut without causing a blockage, as is frequently reported with larger plastic fragments,” said Dr Emily Duncan from the University of Exeter.

"They may possibly carry contaminants, bacteria or viruses, or they may affect the turtle at a cellular or subcellular level," the biologist added.

Experts still don't know how these synthetic particles get into turtles, although the likely sources are polluted seawater and sediments, and eating via prey or plants.

According to the United Nations, eight million tons of plastic are dumped into the oceans each year, threatening marine and human life and destroying natural ecosystems.