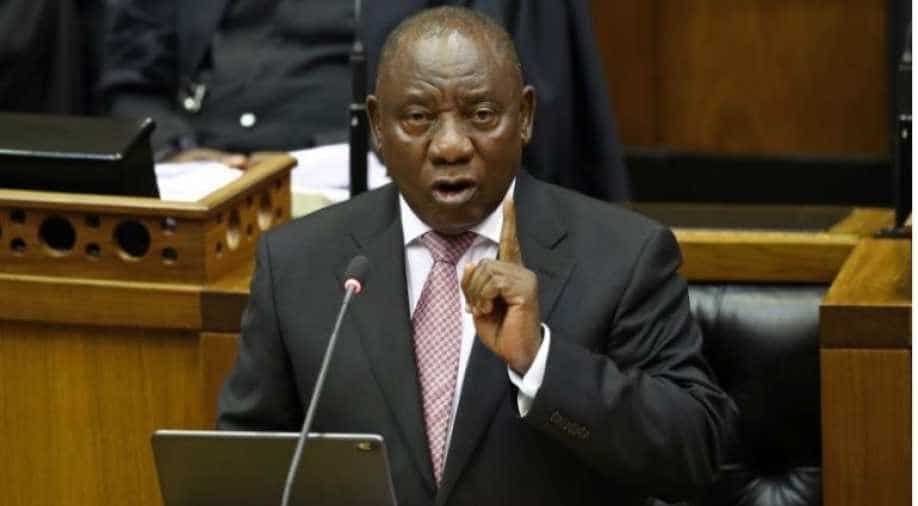 South African President Cyril Ramaphosa said on Sunday he would seek an urgent judicial review of a report in which the country`s graft watchdog concluded that he misled parliament over a campaign donation.

Public Protector Busisiwe Mkhwebane`s report followed an investigation by the watchdog into a 500,000 rand ($35,878.56) donation to Ramaphosa`s 2017 campaign for the leadership of the ruling African National Congress (ANC) from the CEO of Bosasa, a services company.

Ramaphosa said the report`s findings were not rational, based in fact or arrived at through a fair and impartial process, and that he would seek a judicial review of the report, its conclusions and the remedial action it recommended.

"After careful study, I have concluded that the report is fundamentally and irretrievably flawed," Ramaphosa told a media briefing, adding that it was therefore appropriate the courts make a final and impartial judgment on the matter.

A spokesman for the public protector did not immediately reply to a request for comment.

Mkhwebane, who began the investigation following a complaint from South Africa`s opposition, said on Friday she found the president had "deliberately misled" parliament and violated the executive ethics code in regards to the donation.

The saga has proven a headache for Ramaphosa, who has staked his reputation on cleaning up deep-rooted corruption and reviving Africa`s most developed economy, and provided ammunition for his enemies - namely an ANC faction loyal to his predecessor Jacob Zuma.

Ramaphosa initially told parliament that the money received by his son Andile was obtained for services he had provided, but later corrected this by saying the payment was actually a donation towards his campaign.

The remedial actions Mkhwebane recommended included that the speaker of the national assembly demand the publication, within 30 days of receiving the report, of all donations received by Ramaphosa.

She also instructed the chief prosecutor to investigate whether Ramaphosa`s campaign had laundered money in its handling of donations.