South Africa president tweaks cabinet ahead of May election 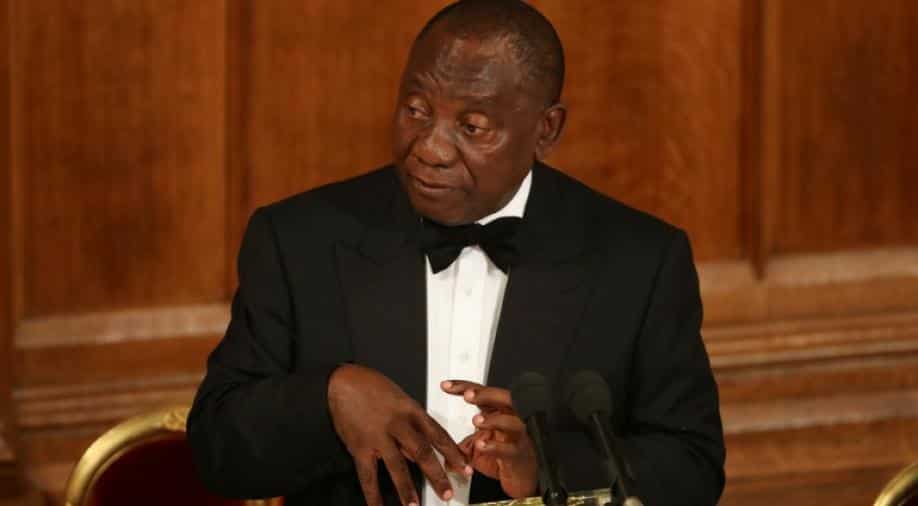 South African President Cyril Ramaphosa unveiled a limited cabinet reshuffle Thursday ahead of elections in May when the ruling ANC party will seek to turn around its decline in popularity.

South African President Cyril Ramaphosa unveiled a limited cabinet reshuffle Thursday ahead of elections in May when the ruling ANC party will seek to turn around its decline in popularity.

In the most significant of three appointments, Siyabonga Cwele, 60, was moved from the telecommunications ministry to replace former home affairs minister Malusi Gigaba.

Gigaba -- who resigned last week -- was an ally of former president Jacob Zuma, who was ousted earlier this year by the ANC amid mounting graft scandals.

Announcing the changes, Ramaphosa said he wanted "an appropriate mix" of experience, capability, gender and generation in his cabinet.

In a sign of Ramaphosa's wish to slim down the government, Stella Ndabeni Abrahams, 41, was named head of a new department merging communications, telecommunications and the postal services.

"The merging is the first wave," Ramaphosa said.

The ANC has dominated South African politics since the end of apartheid but has seen its vote share fall in recent elections.

Ramaphosa will lead the party in next year's general election which comes as the country grapples with stubbornly high unemployment and slow growth.

The South African Reserve Bank on Thursday raised the benchmark lending rate for the first time in more than two years, as it balances price rises with the weak economy.

South Africa, Africa's most advanced economy, slipped into recession in the second quarter of this year.