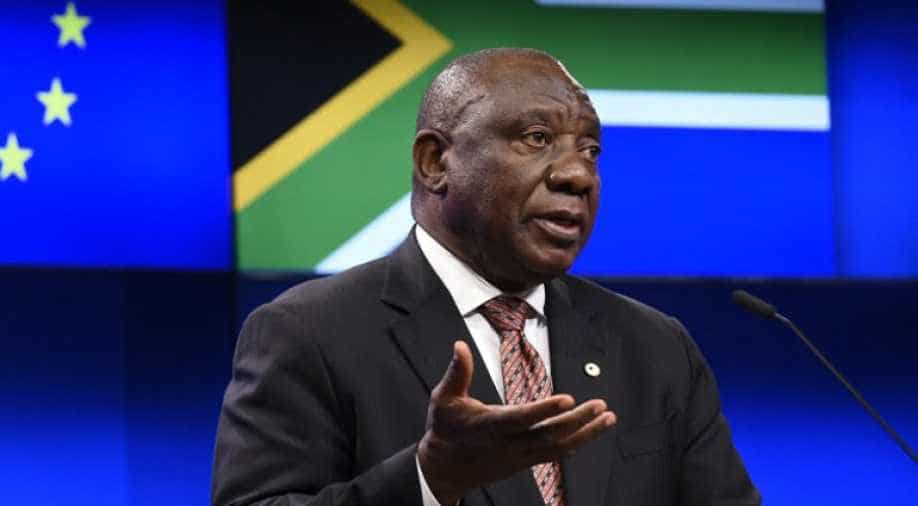 South African President Cyril Ramaphosa will pay back 500,000 rand ($35,000) donated to his campaign fund by a firm with links to his son after admitting he misled parliament, an official said.

South African President Cyril Ramaphosa will pay back 500,000 rands ($35,000) donated to his campaign fund by a firm with links to his son after admitting he misled parliament, an official said.

Ramaphosa has staked his reputation on fighting corruption after his predecessor Jacob Zuma was mired in graft scandals that finally led to his ousting earlier this year.

Ramaphosa had told parliament that the payment in October 2017 was to his son Andile for consultancy work for Bosasa, a company that has contracts with government institutions.

But Ramaphosa later admitted it was a donation towards his own campaign last year to become leader of the ruling ANC party, a hard-fought battle in which he beat Zuma's chosen candidate.

"The donation was made without his knowledge," ANC official Zizi Kodwa told the SABC state broadcaster on Saturday.

"He has decided voluntarily that he will pay back the said amount and he will call for further investigation on all donations that were made to the campaign."

A judicial inquiry is probing allegations that Zuma and some of his family members oversaw a web of corrupt government contracts.

The ANC and Democratic Alliance will face off in elections next May.