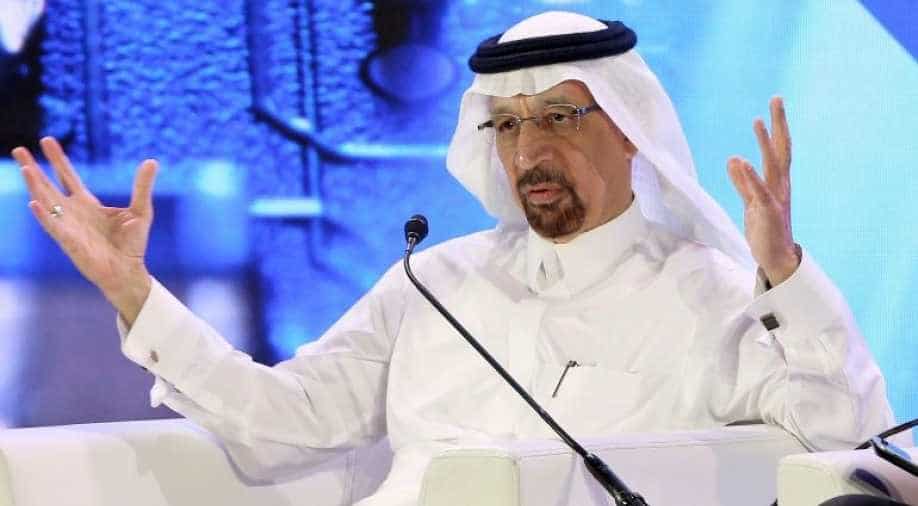 Saudi Arabia's Energy Minister Khalid al-Falih said OPEC will not decide on output until late June when the group is due to meet.

Saudi Arabia's Energy Minister Khalid al-Falih said on Saturday that OPEC will be responsive to the oil market's needs, but that he was not sure there is an oil shortage with data, particularly from the United States, still showing inventories building.

Speaking in Jeddah ahead of a ministerial panel gathering on Sunday by top OPEC and non-OPEC producers, including Saudi Arabia and Russia, Falih told Reuters OPEC will not decide on output until late June when the group is due to meet.

The Organization of the Petroleum Exporting Countries (OPEC), Russia and other non-OPEC producers have agreed to reduce output by 1.2 million barrels per day (bpd) from Jan. 1 for six months, a deal designed to stop inventories building up and weakening prices.

"We will be flexible. We are going to do the right thing as we always do," Falih said of any decision at the meeting in June on continuing the reductions.

Falih said OPEC is guided by two main principles: "One to keep the market in its direction towards balancing and inventories back to normal level. And two to be responsive to market needs. We will strike the right balance I am sure."

OPEC's agreed share of the cuts is 800,000 bpd, but its actual reduction is far larger due to the production losses in Iran and Venezuela. Both are under US sanctions and exempt from the voluntary reductions under the OPEC-led deal.

US President Donald Trump has called on OPEC and the group's de facto leader, Saudi Arabia, and asked them to lower oil prices. Riyadh, however, is reluctant to boost supply quickly and risk a price crash.

Sunday's ministerial panel meeting, known as the JMMC, comes amid concerns of a tight market as Iran's oil exports are likely to drop further in May, and shipments from Venezuela could fall more in coming weeks due to the sanctions by Washington.

Oil contamination also forced Russia to halt flows along the Druzhba pipeline - a key conduit for crude into Eastern Europe and Germany - in April. The suspension, as yet of unclear duration, left refiners scrambling to find supplies.

"I am not sure there is a supply shortage, but we will look at the (market) analysis. We will definitely be responsive and the market will be supplied," Falih said.

"All indications are that inventories are still rising. We saw the data from the US week after week, and they are massive increases, so obviously (there is) supply abundance."

An OPEC and the non-OPEC technical committee found that oil producers' compliance with the supply-reduction agreement reached 168% in April, three sources told Reuters on Saturday.

The committee known as the JTC met ahead of the JMMC gathering to discuss the oil markets.