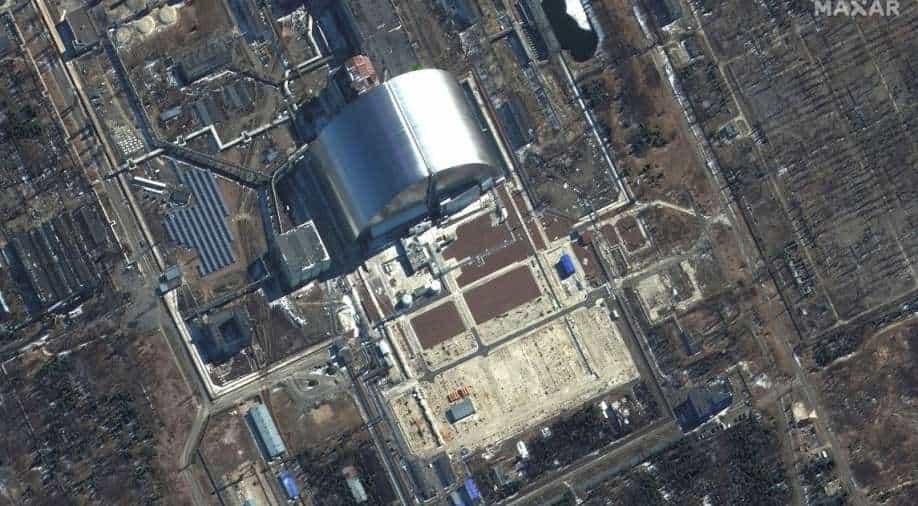 Ukraine has been under attack after Russian President Vladimir Putin on February 24 ordered his armed forces to carry out a "military operation" in Ukrainian cities.

Since then, the conflict has escalated with reports of multiple casualties and massive loss of property. The situation has also led to a refugee crisis as people are fleeing Ukraine to save their lives.

The economic impact of the Russia-Ukraine conflict is immense as countries across the world are reeling with a surge in prices of various commodities. But panic was caused when the conflict involved the nuclear plants and concerns were raised over radiation leaks.

On February 24, Russian forces seized the defunct Chernobyl plant, the site of the 1986 disaster that killed hundreds and spread radioactive contamination west across Europe.

After that, Russian forces had attacked Ukraine's Zaporizhzhia NPP, which is Europe's largest nuclear power plant, on March 4. The plant and a five-story training facility building next to it were on fire, which was later extinguished.

Ukraine has four active nuclear power plants, providing about half the country's electricity, as well as stores of nuclear waste such as the one at Chernobyl.

Important to note that there were no signs detected yet of any radiological release.

US Energy Secretary Jennifer Granholm said in a Twitter post that radiation monitors in much of Ukraine were still functioning although the United States was concerned by the lack of data from safeguards monitors at Chernobyl or Zaporizhzhia.

IN PICS | Ukraine war: What weapons are being used in Russia's invasion?

The conundrum here is, both sites are under Russian forces' control but are being operated by Ukrainian staff in conditions that the International Atomic Energy Agency says endanger the safety of the facilities.

"We remain concerned about Russia’s reckless actions and violations of nuclear safety principles. We are monitoring reports of damage to a research facility in Kharkiv. Near-term safety risk is low, but the continued Russian firing on nuclear facilities must cease," Granholm said.

Meanwhile, Ukraine and its allies are concerned about the risk Russia's invasion poses to nuclear facilities across the country, including power plants and research centres.

On Friday (March 10) Ukraine's state nuclear power regulator said that the electricity supply to the Chernobyl nuclear power station had not yet been restored. On the other hand, Russia's energy ministry claimed that it was restored by Belarusian specialists on Thursday.

Ukraine has warned of an increased risk of a radiation leak if the high-voltage power line, damaged in fighting, is not repaired to the plant, which is occupied by Russian forces.

"Attempts to restore the external power supply to the site are in progress," the State Nuclear Regulatory Inspectorate of Ukraine said in a statement. When the external electricity supply is severed, an emergency diesel generator kicks in.