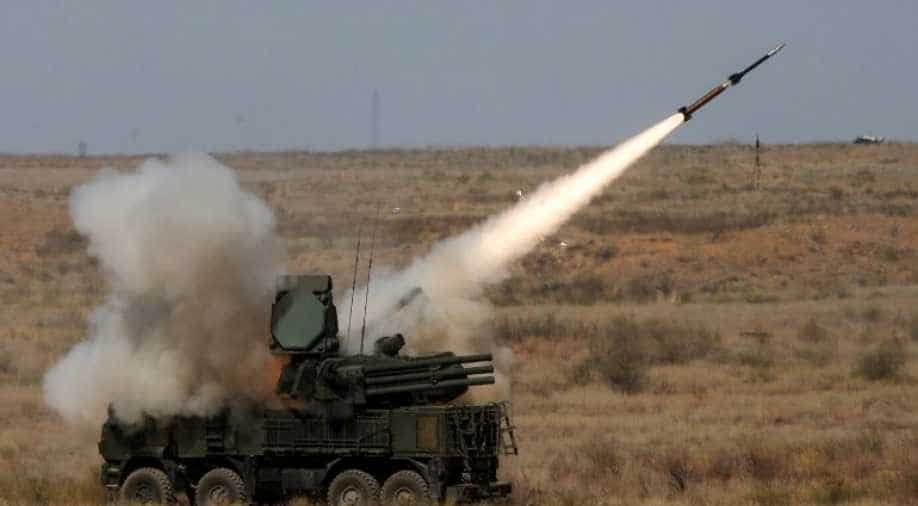 A Pantsir-S surface-to-air missile system fires a missile during the Keys to the Sky competition at the International Army Games 2017 at the Ashuluk shooting range outside Astrakhan, Russia Photograph:( Reuters )

The games include events such as tank biathlon, where tank crews practise shooting, as well as an obstacle course.

Defence minister Sergei Shoigu has invited "troops from 90 countries including NATO members," the ministry said on its website.

The games include events such as tank biathlon, where tank crews practise shooting, as well as an obstacle course.

This year's games will focus on "security as a whole, medical care and logistics," and should be visually entertaining, Shoigu said.

Around 6,000 troops were expected to take part in the event that runs from late August to early September, the ministry said.

The games, which have been held since 2015, usually include former Communist regimes such as China, Vietnam and Angola, as well as Moscow allies like Iran.

NATO and Russia often spook each other with war games close to the border between Russia and eastern flank NATO allies.