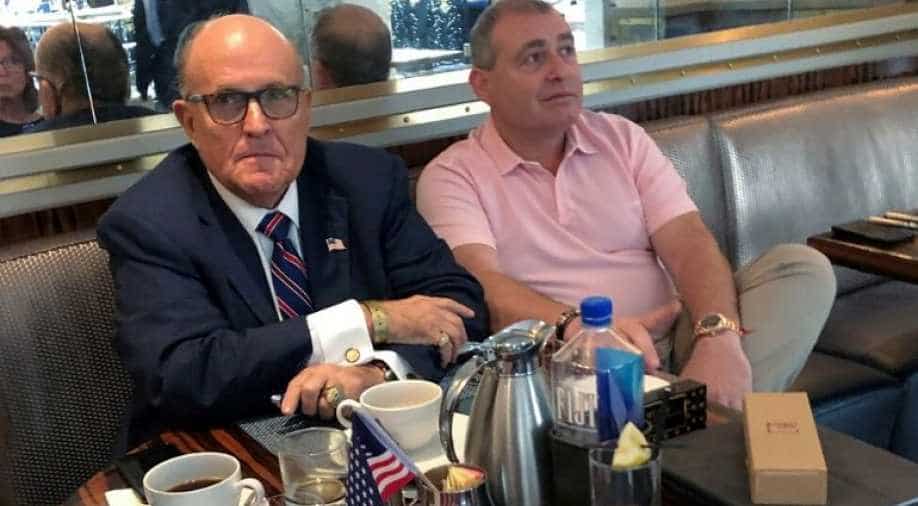 Parnas, who helped Giuliani look for dirt on Trump's political rival, former Vice President Joe Biden, is a key figure in the impeachment inquiry that is examining whether Trump abused his office for personal political gain.

Lev Parnas, an indicted Ukrainian-American businessman who has ties to President Donald Trump's personal lawyer, Rudy Giuliani, is now prepared to comply with requests for records and testimony from congressional impeachment investigators, his lawyer told Reuters on Monday.

Parnas, who helped Giuliani look for dirt on Trump's political rival, former Vice President Joe Biden, is a key figure in the impeachment enquiry that is examining whether Trump abused his office for personal political gain.

His apparent decision to work with the congressional committees represents a change of heart. Parnas rebuffed a request from three House of Representatives committees last month to provide documents and testimony.

“We will honour and not avoid the committee’s requests to the extent they are legally proper, while scrupulously protecting Mr Parnas’ privileges including that of the Fifth Amendment,” said the lawyer, Joseph Bondy, referring to his client's constitutional right to avoid self-incrimination.

Giuliani did not immediately respond to requests for comment. On Capitol Hill, the House leadership and a spokesperson for the House Intelligence Committee declined to comment.

His previous lawyer, John Dowd, wrote to the committees in early October complaining that their requests for documents were “overly broad and unduly burdensome.”

Parnas pleaded not guilty in Manhattan federal court last month to being part of a scheme that used a shell company to donate money to a pro-Trump election committee and illegally raise money for a former congressman as part of an effort to have the president remove the US ambassador to Ukraine.

The indictment does not address the issues involved in the impeachment inquiry.

Parnas would be a crucial witness if he were to cooperate. He has said he played a key role in connecting Giuliani to Ukrainian officials during Giuliani's investigation into Biden and his son Hunter.

Trump's request to Ukraine's president, Volodymyr Zelensky, in a July 25 phone call to investigate the Bidens was at the heart of a whistleblower complaint by an intelligence officer that sparked the Democratic-led impeachment inquiry on September 24.