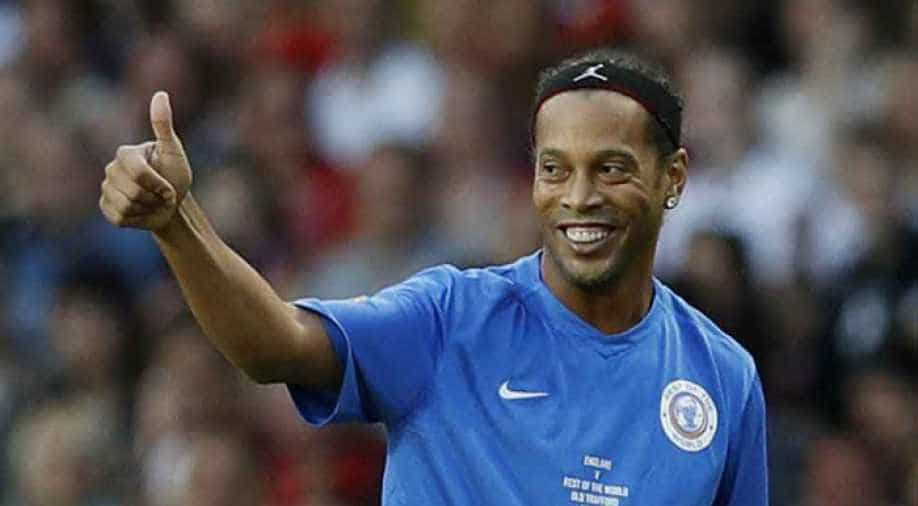 Seems like a double heartbreak is waiting for all the female fans of Brazilian soccer star Ronaldinho.

The former Barcelona star is planning to marry two women at the same time in August, at his home in Rio de Janeiro, reports news agency ANI.

According to the Rio de Janeiro newspaper O Dia, the wedding ceremony will be a rare form of three-person civil union, reported USA Today.

On that note, Bigamy, which is illegal in Brazil, has punishment by up to six years in jail."But a wedding ceremony to two women - one that wouldn`t count as two official marriages - presents a different case," the report stated.

The former FIFA World Player of the Year`s fiancees- Priscilla Coelho and Beatriz Souza- have been staying with him since December, 2017.

The report further said that the ambassador for Barcelona, who told Brazilian media outlets that he is "adept" at polygamy, started dating Coelho first around 2013, before meeting Souza in 2016.