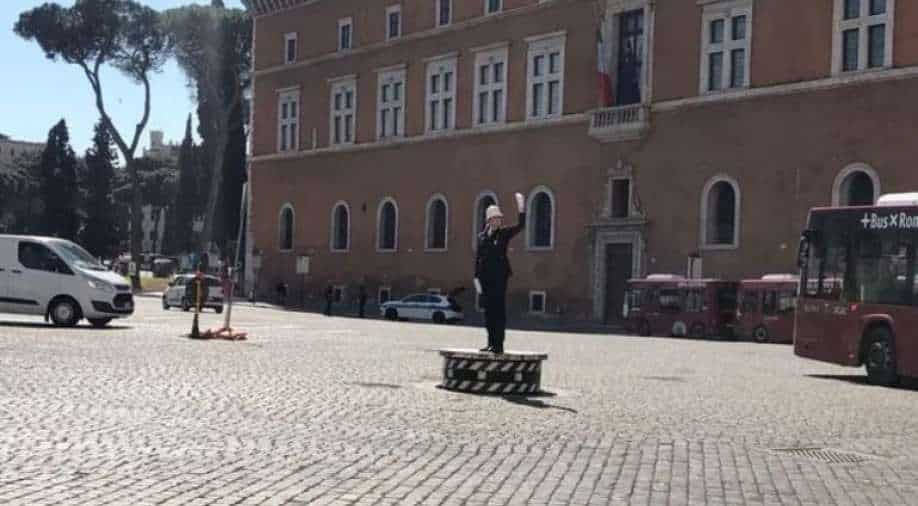 Corbucci said that the job now has the female touch' (Courtesy: Rome Police Handout) Photograph:( Others )

Giuliana Cazzarolli who saw officers change shifts on Thursday said the return of traffic officers, is "a reminder of the beautiful times", reports The Guardian.

The podium was first introduced in the late 1920s in a bid to make the traffic controllers more visible while managing the traffic.

Corbucci said that the job now has "the female touch" as quoted by Il Messaggero newspaper.

"Up there you really feel as if you are in the centre-of-the-centre of Rome," the female cop said.

"The truly intelligent traffic light is this one."

Fabio Grillo, known as the "maestro" trains the officers for the job as since 2004 he has been on and off the podium.

"It's a wonderful job," Grillo said.

"I mean look – we're in the middle of this fantastic square which is a crossroads for Romans, tourists, everyone. You see everything."

Cazzarolli and her husband, Romalo, who were both born in Rome and are in their 80s are delighted with the return of traditional traffic cops.

"It gives us joy to see this and reminds me of how it used to be," said Romalo.