Putin and Erdogan push for Syria talks without US or UN 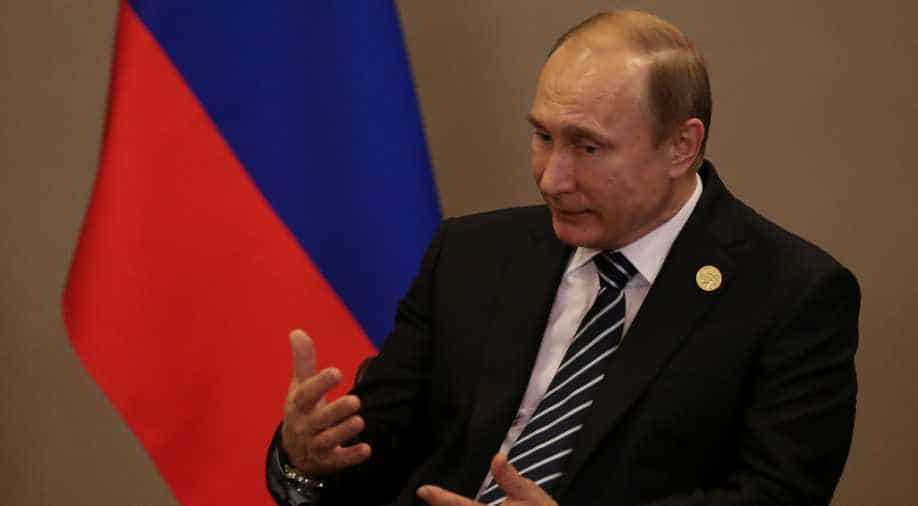 President Vladimir Putin said he and his Turkish counterpart Tayyip Erdogan are working to organise a new series of Syrian peace talks without the involvement of the United States or the United Nations.

In a snub to Washington, Putin made clear on Friday that the initiative was the sole preserve of Moscow and Turkey and that the peace talks, if they happened, would be in addition to intermittent UN-brokered negotiations in Geneva.

"The next step is to reach an agreement on a total ceasefire across the whole of Syria," Putin said in Tokyo. "We are conducting very active negotiations with representatives of the armed opposition, brokered by Turkey."

Putin, who has leveraged Russia's role in Syria to boost his diplomatic muscle, said the talks proposal was being put to the Syrian government and the opposition. Kazakhstan, the proposed venue, is a Russian ally, and Putin said the talks could take place in Astana, the Kazakh capital.

The surprise move underlines the growing strength of Moscow's rapprochement with Ankara, with which it fell out last year over the shooting down of a Russian plane, and reflects Russia's desire to cement its growing influence in the Middle East and more widely.

It also shows how fed up Russia is with what it sees as long and pointless talks with the Obama administration over Syria. Russian Foreign Minister Sergei Lavrov earlier this week dismissed those talks as "fruitless sitting around" and said Ankara might prove a more effective partner on Syria.

Turkey, which wants to boost its global sway too, is also deeply frustrated by US policy in Syria, particularly Washington's support for Kurdish militia fighters it sees as a hostile force, and by what it views as Barack Obama's failure to give enough support to the rebels.

Putin played down the idea that the talks would sideline or overshadow similar talks brokered by the United Nations that have been held intermittently in Geneva.

"It won’t compete with the Geneva talks, but will complement them. Wherever the conflicting sides meet, in my view it is the right thing to do to try to find a political solution," he said.

The initiative is unlikely to go down well with UN envoy for Syria Staffan de Mistura however. He told reporters in Paris on Thursday that it was time for all sides to return to the table, but the United Nations would have to broker any talks for them to have legitimacy.

Russia still hopes it can co-operate on Syria with the United States and join forces with Washington against Islamic State once President-elect Donald Trump takes office.

But Trump will not be inaugurated until January 20, leaving a power vacuum, and is likely in any case to need some time to formulate foreign policy.

The alliance between Moscow and Ankara is at first glance an odd one. Russia is one of Syrian President Bashar al-Assad's closest allies, while Turkey, a NATO member, wants him removed.

But Ankara may be ready to accept a transition in which Assad is involved, provided he ultimately relinquishes power.

Turkey's main priority, on which it will want at least tacit Russian agreement, is to ensure that Kurdish militias are unable to gain further territory in Syria along its borders.

Ankara launched an incursion into Syria, "Operation Euphrates Shield", in August to push Islamic State out of a 90-km (55-mile) stretch of frontier territory and prevent Kurdish groups from seizing ground in their wake.

Deputy Prime Minister Nurettin Canikli acknowledged two weeks ago that Turkey "would not have moved so comfortably" without the rapprochement with Russia, which effectively controls parts of northern Syrian air space.

Turkey now wants the rebels it supports to push further south into Syria and take the Islamic State-held city of al-Bab, around 40 kilometres northeast of Aleppo.

Erdogan is determined that the Turkish-backed rebels capture the city to prevent Kurdish militias from doing so. But that ambition could cause difficulties with Moscow, as al-Bab lies close to the front lines of Assad's allies.

Putin had only warm words for the prospect of deeper Russo-Turkish co-operation however and said the evacuation of rebels from Aleppo was something that he and Erdogan had agreed on.

He hoped the Syrian army would be able to consolidate its position in Aleppo and civilians return to normal life.

The RIA agency this week quoted Andrei Kelin, a senior Russian Foreign Ministry official, as saying it had been easier to deal with Turkey on Aleppo than the United States.

"It was much more straightforward to reach agreements with Turkey than with the Americans," he was cited as saying.

Putin played down the Syrian government's recent loss of Palmyra to Islamic State, blaming the lack of coordination between the US

led coalition, the Syrian authorities, and Russia for the setback.

“Everything that is happening in Palmyra is the result of uncoordinated action," said Putin.

“The question of Palmyra is purely symbolic. Aleppo is much more important from a military-political point of view.”