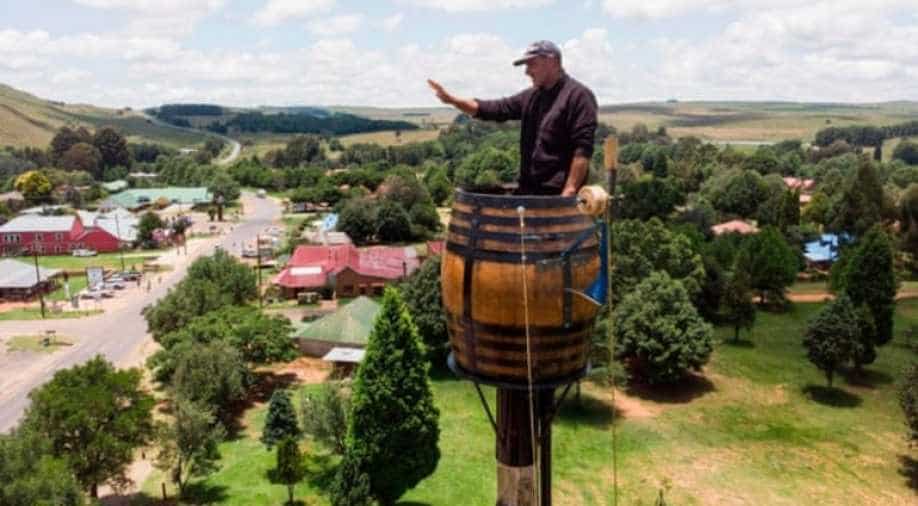 Vernon Kruger, waving from the top of the poll Photograph:( AFP )

A South African man is on the verge of breaking his own Guinness World record as he has been sitting in a barrel at the top of a poll for more than two months.

Vernon Kruger, 52-year-old, set the previous world record in 1997. He will spend 67 days in the barrel by Monday and plans to carry on despite his team's disapproval. 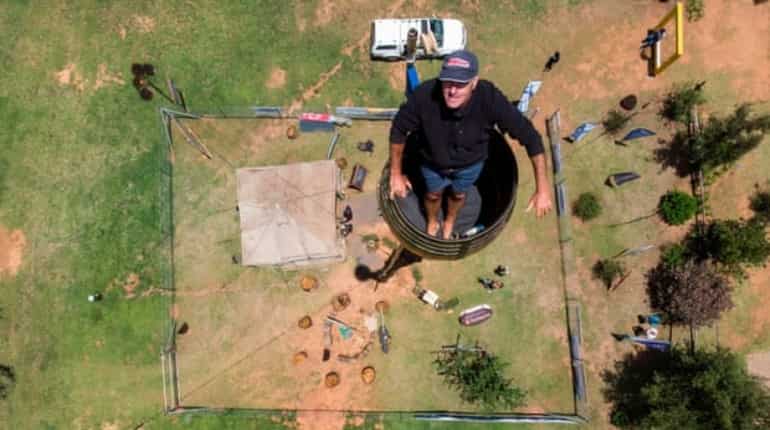 (Vernon Kruger, at top of the poll | Photo Credit: AFP)

Krugel said that sleeping in the barrel, which is placed in the South African town of Dullstroom, is not very easy.

"It's a very small place to curl up in and I have to lie in a foetal position," said Krugel who also works as a driver.

The 52-year-old washes twice a week in a small basin and his arrangement in the barrel also includes a drainage system.

Kruger is surviving on food hoisted up by his team in a wicker basket.

He said that the idea first came to his mind whilst climbing a palm tree during a vacation on an island.

"Somebody said... why don't you break the record for sitting in a tree? First it was a joke and then I got it dare from my friends to actually do it," Kruger added.

However, Kruger found out that an Indonesian man already has a record of sitting in a tree for 28 days.

Kruger then dumped this idea and started to work on "pole sitting" as suggested by his friend.

"It does get a bit frustrating up here especially because I can't do many things for myself," he added. "I need to rely on other people for absolutely everything."

"Vernon is not coming down when he breaks his record," said Fiona Jones, the organiser of the act. "He's going to stay a little longer."