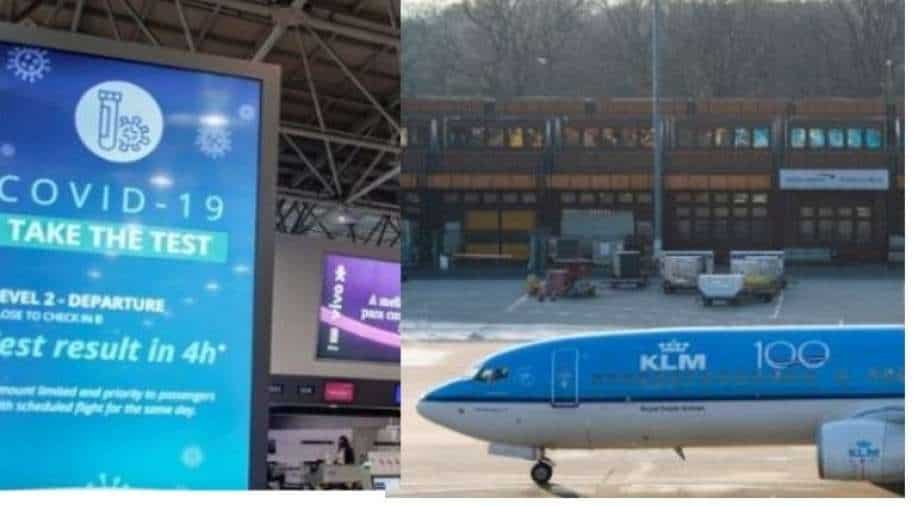 The Dutch health authorities confirmed 61 positive and 531 negative results from the two flights as passengers who were hit with the virus were isolated at a hotel near the airport.

Reports say at least 61 people have been detected with the virus onboard two KLM flights from South Africa.

The authorities are conducting tests to find out if the passengers have been affected by the new Omicron variant.  The passengers had arrived at Amsterdam's Schiphol airport on two flights on Friday.

The Dutch health authorities confirmed 61 positive and 531 negative results on Saturday. Those who returned a negative test were asked by authorities to isolate at home. The virus-hit passengers have been isolated at a hotel near the airport.

If you were on KLM flights from Jo'burg or Cape Town and got held as I did at Schipol - will you DM me? I can't get a copy of my alleged negative test (and thus can't leave) and am wondering if any one else has this problem. If you got your test result - pls DM and tell me how https://t.co/356pkUs7uX

The World Health Organisation had designated the Omicron variant as a "variant of concern" after it was reported by South African authorities.

European countries moved to ban flights to South Africa and other African countries as panic spread about the new virus variant.

US and Canada have also restricted travel from southern Africa. Reports said people flocked to the airport in Johannesburg as countries around the world began to bar travellers from entering their country.

However, South African authorities described the ban as  "draconian" and "unscientific".  South African health minister Joe Phaahla had declared the reaction to the new variant was "unjustified".

UK banned flights from South African and other southern African countries as other European nations including Austria, France, Italy and Germany followed.