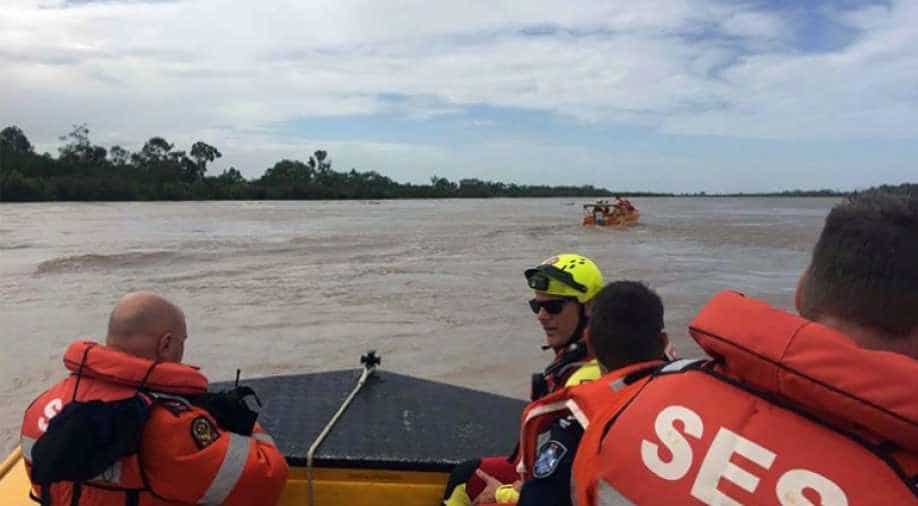 Some residents have already been evacuated after days of monsoon rains lashed the region around the coastal city of Townsville in north Queensland, a spokesman for the Bureau of Meteorology said.

Once-in-a-century flooding in part of the eastern Australian state of Queensland looks set to worsen as the nation's weather bureau on Saturday warned of more heavy rain in the area.

Some residents have already been evacuated after days of monsoon rains lashed the region around the coastal city of Townsville in north Queensland, a spokesman for the Bureau of Meteorology said.

Adam Blazak, a forecaster with the bureau, did not say how many people had been evacuated but added that some areas had reached "major" flood levels.

"Normally a monsoonal burst might last a few days, but this one's been going on over a week now and is set to continue for a few more days as well," he said.

Between 150 mm and 200 mm of rain is expected across Townsville on Saturday - equal to about a month's average rainfall.

North Queensland has significant zinc reserves as well as major deposits of silver, lead, copper and iron ore, with Townsville a major processing centre for the region's base metals.

In stark contrast, wildfires in the southern island state of Tasmania have burnt through close to 190,000 hectares of land, fire officials said.

Chris Arnold, the chief officer of the Tasmania Fire Service, said on Saturday that nearly 600 personnel were working to contain the fires, some of which have been burning for weeks and have destroyed homes.

Arnold told reporters that while the last few days have seen favourable conditions for battling the blazes, communities in part of the state were still under threat as expected hot and dry weather on Sunday could see bushfires escalate again.

Australia endured its hottest month on record in January, with sweltering conditions expected to persist through April. That scorching weather triggered power outages in some areas and sent electricity prices soaring.