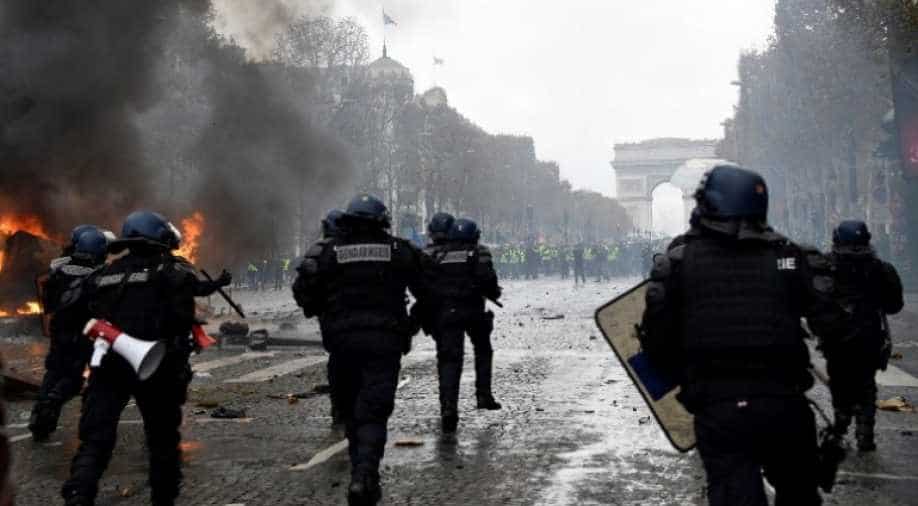 Around a dozen museums in the capital have also announced their closures following vandalism and clashes with police during the "yellow vest" protests at the weekend, according to the latest tally.

Paris police on Thursday urged shops and restaurants on the Champs-Elysees to close on Saturday when new protests have been called against President Emmanuel Macron, according to notices delivered to businesses seen by AFP.

Around a dozen museums in the capital have also announced their closures following vandalism and clashes with police during the "yellow vest" protests at the weekend, according to the latest tally.

Officials fear a repeat of the violence which saw demonstrators smash windows, burn scores of vehicles and set six buildings ablaze around central Paris on Saturday.

Shops along the iconic avenue were told to keep their doors closed and protect exposed windows, while also removing any outdoor furniture including tables and chairs, according to the notices.

"No tax merits putting the unity of the nation in danger," Philippe said in a televised address, adding that the anger on the streets "originates from a profound injustice: of not being able to live with dignity from one's work".

The measures are an attempt to take the heat out of anti-government protests by low-income people in small-town and rural France who have blocked roads and demonstrated for more than a fortnight.

Protests in Paris on Saturday degenerated into some of the worst violence in years in the capital, which saw more than 200 vehicles torched and the Arc de Triomphe vandalised.

Nearly 190 fires were put out and six buildings were set alight, the interior ministry said.

Three people have died in incidents linked to the anti-government protests which began on November 17.