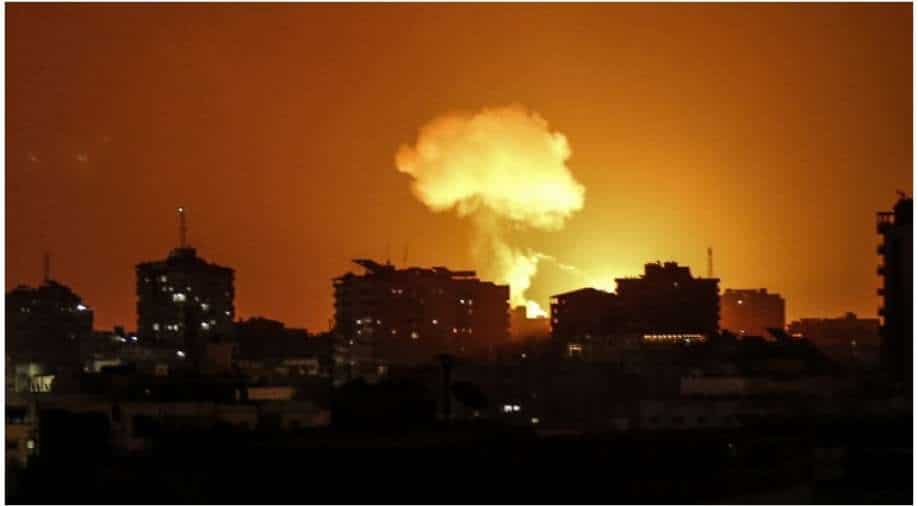 Imad Ali Mohammad Dweikat, 38, reached hospital in the city of Nablus "in a critical state" after receiving "a live bullet to the chest" in the nearby town of Beita, it said in a statement

A Palestinian shot by Israeli forces in the occupied West Bank died of his wounds on Friday, the Palestinian health ministry said.

Imad Ali Mohammad Dweikat, 38, reached hospital in the city of Nablus "in a critical state" after receiving "a live bullet to the chest" in the nearby town of Beita, it said in a statement.

Beita sees regular demonstrations against the Israeli occupation and settlement expansion, which often degenerate into clashes.

An AFP reporter saw hundreds of demonstrators protesting outside the town on Friday afternoon, some throwing rocks at Israeli troops.

The Israeli army told AFP a "riot" had been instigated by "700 Palestinians who burned tires and hurled rocks and Molotov cocktails at IDF troops and border police officers, who responded with riot dispersal means".

"We are aware of reports that a Palestinian was killed and a number of Palestinians were injured", it said, without adding details.

Last Friday, some 270 Palestinians were wounded in clashes with Israeli troops during protests in Beita and during the funeral of a young Palestinian killed the day before, the Palestinian Red Crescent reported.

On July 23, 320 Palestinians were wounded or suffered from tear gas inhalation in clashes with Israeli forces in Beita, medics said. A teenager shot by Israeli forces later died of his wounds.

Beita residents have been demonstrating since May against a the wildcat Eviatar Jewish settlement set up nearby without official permission from Israeli authorities.

The settlement was evacuated in early July but Israeli army troops remain stationed there while authorities deliberate on its fate.

If the settlement is approved, its founders will be allowed to take up residence there more permanently.

Beita's residents have vowed to continue their campaign until the army also leaves the outpost.

Israel occupied the West Bank during the 1967 Six-Day War and all Jewish settlements there are considered illegal by most of the international community.

Almost half a million people live in Israeli settlements in the West Bank, alongside 2.8 million Palestinians.