Opinion: Christmas and the plight of Christians in Pakistan 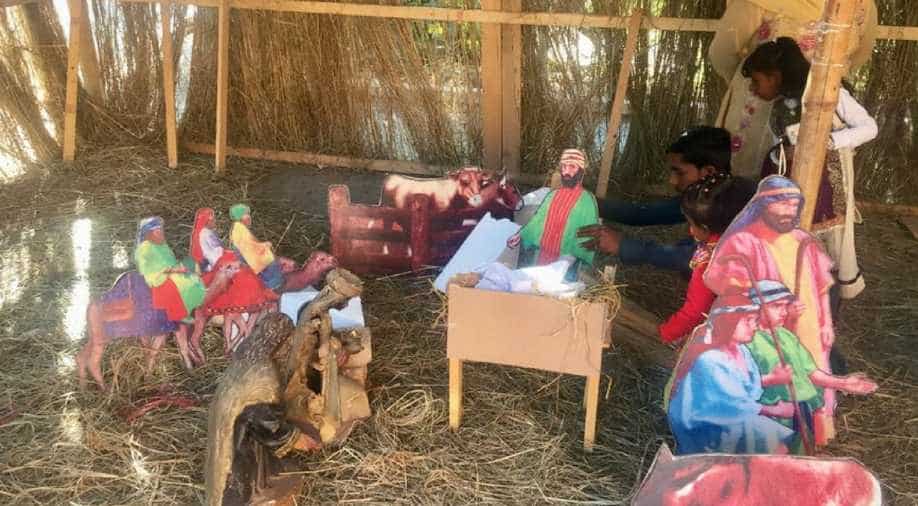 The nativity scene, organised and prepared by Christians in Peshawar just before Christmas. Photograph:( Others )

“The year 2017 will be one of peace and love,” Naheed Naz told me. “There is nothing in the scriptures about it, but Jesus puts feelings in your heart about what is going to happen. It is a matter of faith and we believe in it.”

I met Naz, in her 40s, and a nursing teacher with a Masters degree in Public Health, at the All Saints Church in the heart of Peshawar’s old city. She sounded optimistic despite the last days of 2016 bringing more turmoil in Pakistan for Christians.

Christmas messages were received with death threats and a Christian man was arrested on December 30 for allegedly desecrating the Koran. He currently faces the death penalty.

I could feel this tense atmosphere as I approached the All Saints Church on Christmas Day. The 19th-century building of Islamic Saracenic style reflecting in the brilliantly sunny day outside.

As I entered the the church’s hall, the faithful were taking seats in anticipation of the Christmas mass. I had to come in through heavy security. The street where the church stands was blocked at both ends by sand barriers and guarded by security personal. On 22 September 2013, a twin suicide bomb attack during a Sunday mass at the church killed 127 people.

A little later, as I sat in the church, I met Shafi Maseeh, 75, who also lost his son in the same terror attack. He had little to say. Shafi is the real prototype of a Christian in Pakistan. A janitor by trade, he had no good memories to share of anything.

Most Christians I talked to felt a loss of identity, isolation and a deep sense of alienation. There was no nostalgia for the past, nor any enthusiasm for the present.

Pakistan is roughly 1.6% Christian. (Others)

In the All Saints Church, I was not alone at the Christmas ceremony. The local media had come too. Father Patrick Naeem was happy to see them and thanked the government, the media and the chief of the Pakistani army, while also asking journalists to respect the parishioners as they took photos of the ceremony.

One reporter asked me what I was doing there. When I told her I was going to do a story on Christmas and would like to interview her too she angrily replied, “I am not a Christian, do I look like one?” I was shocked for a moment. “There is nothing wrong with being a Christian,” I said.

Another reporter warned me as I was leaving the place: “Be careful, liberals are on the hitlist.” I just kept quiet.

There is no definitive figure, but Christians make up roughly 1.6% of the population of Pakistan, as many as Hindus, according to the latest official statistics.

Christians mostly converted from Hinduism to escape the caste-dominated Indian society before the partition of India and Pakistan in 1947. But changing religion didn’t help: the roots of discrimination based on caste run deep in both Indian and Pakistani society.

The Christmas ceremony is an event on its own as media gathered to film. (Others)

The plight of Christians has persisted for decades, but there has also been a rise of hatred against Christians since the late 1980s, when the dictator Zia ul Haq introduced Pakistan’s blasphemy law, particularly used to persecute Christians.

Pakistani society is still marred by racism and questions of caste, even among Muslims, despite the Qur’an setting out radical equality for all.

Across South Asia, Muslims remain divided up by various hierarchical systems. This long trail of caste-related injustice goes back to the beginnings of subcontinental societies and seems impervious to the intrusion of other sources of identity such as the nation-state or religion.

So the Christian community reels under a double oppression of racism, based on the low castes many Christians come from, and religious intolerance towards their belief system.

But even among minorities, Christians are particularly singled out, for a number of reasons. They are visible: they live mostly in urban areas and are often employed in low-wage jobs. They are also the poorest of the community.

In December 2015, the Capital Development Authority of Islamabad submitted a report suggesting that the Christian “ugly slums” of the capital be destroyed to keep the city clean. The CDA, in this unprecedentedly stupid move (“their Trump Moment” as the English daily Dawn put it), argued that the campaign of destruction would preserve Islamabad’s aesthetics and maintain its Muslim-majority demographic balance.

The proposal was rightly contested by political parties, activists, and NGOs and thwarted by the Supreme Court, but it was a worrying sign of just how poorly Christians are thought of by the Pakistani elite.

The street outside All Saints Church. Poor Christians live in this quarter of the city. (Others)

Adding insult to injury, Christians in Pakistan are also seen as representatives of the US and other Western powers who are often held to be responsible for the plight of Muslims around the globe.

The plight of Christians is linked to the political foundation of Pakistan and the much criticised Two Nation Theory which became the basis of Partition in 1947. Partition aimed to create a state for Hindus (India) and one for Muslims (Pakistan).

Christians are historically considered to have positively contributed to Pakistani statehood, thus helping the development of the Pakistani society, but today they, along with other non-Muslims, are forbidden from holding high office.

The Christian vote in Pakistan is around 1.3 million, second to the Hindu vote, which is around 1.5 million. While the Hindu vote is mostly concentrated in the Sindh and Punjab regions, Christian voters are more scattered. Since the minority vote is restricted to a few electorates, political parties are not generally interested in serving them, though there is a lot of lip service to minority issues.

While talking to various Christians, I observed very little sense of community. All identity revolves around the personal and in Pakistan, that is steeped in the psychology of status.

Christians in Pakistan are faced with both victim-blaming from without and the self-loathing it generates within the individual.

Continuous repression as a community within social and political life in Pakistan has led some to blame themselves for their problems. Self-incrimination, a shallow sense of belonging to the mainstream and the loss of the social self-were often apparent in my conversations for this article.

“Our people are not serious about their studies; they don’t save money,” a priest who works as a waiter at my university’s student accommodation told me. “I do save, though I am usually in debt, while keeping my needs to the minimum.” When I asked if it is because of the loss of hope that some Christians struggle in school and work, he replied, “No, I have made it from a janitor to a waiter. My boys are going to school. Isn’t it an environment conducive to success?”

Christians are often the recipient of local charities. “Yes, we like them, because they grew up with us,” a high-level political activist in Peshawar told me. “They clean our homes and we give them our used clothes, and also food. They are good people. We also offer them gifts for Christmas. We just did this year, too.” The activist was also a trader in the market in front of the All Saints Church.

Christians often feel the same way. “The political parties don’t care for us,” the priest at Peshawar University said. “Some politicians do, though. They offer us gifts for Christmas. I also got my package. They change the carpets of our church every now and then. This is good.”

In the present environment of hopelessness and fear, the only option left for Christians is to learn to live with Pakistan’s deep contradictions – discrimination from the state, but charity from politicians.

Centuries of continuous repression have left many without any sense of identity within their home country. Many Christians here just want to breathe – being able to truly live is a distant dream. 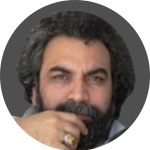 Altaf Khan is Professor at University of Peshawar